Conservationists with the Ancient Forest Alliance and Sierra Club BC joined representatives from the Public and Private Workers of Canada (PPWC) forestry union and the Port Renfrew Chamber of Commerce to shine a spotlight on needed government policies to protect BC’s old-growth forests and ensure a sustainable, value-added, second-growth forest industry, during the 2017 Forest Stewardship Council (FSC) General Assembly in Vancouver. 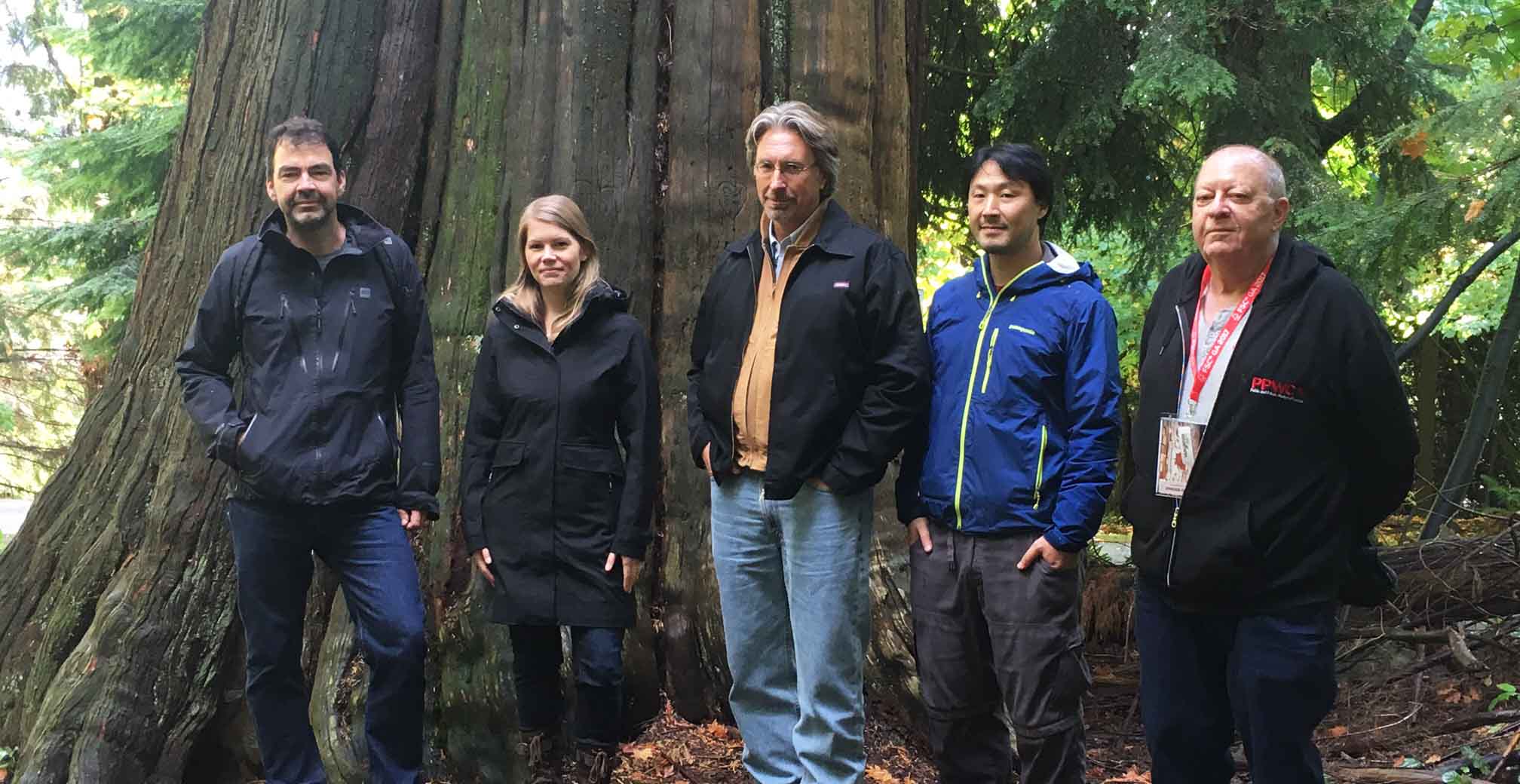 Vancouver, BC – A coalition of BC environmentalists, unions, and business representatives is taking shape and, with the 2017 Forest Stewardship Council (FSC) General Assembly underway this week in Vancouver, the groups are calling on the new BC NDP government to take action to protect the province’s endangered old-growth forests and ensure a sustainable, value-added, second-growth forest industry.

The Ancient Forest Alliance (AFA), along with representatives from the Port Renfrew Chamber of Commerce and the Public and Private Workers of Canada (PPWC), representing thousands of forestry workers across BC, and Sierra Club BC, held a press conference on Tuesday among the old-growth trees of Stanley Park to discuss the new forest policies they want the BC government to implement.

The 2017 Forest Stewardship Council (FSC) General Assembly being held in Vancouver brings together forestry sector leaders from around the world, including representatives from industry, unions, environmental NGOs, Indigenous groups, and government policy makers.

“With over 800 delegates from 80 countries gathering in Vancouver right now to discuss responsible forest management, it’s a great time to highlight the need for a major policy shift in BC to protect endangered old-growth forests and forestry jobs,” said Ken Wu, Executive Director of the Ancient Forest Alliance. “Third party eco-certification can be an effective way to raise the sustainability of logging companies, but ultimately having strong laws and policies is most important. We see the election of this new government as a very positive development, and it presents the greatest opportunity in decades to create win-win solutions for forestry workers, businesses, First Nations, the environment and the climate.”

The Ancient Forest Alliance is asking for a series of policy changes that can be rolled out over both short- and longer-term timelines. This includes a comprehensive, science-based law to protect old-growth forests, partly modeled after the ecosystem-based management approach used in the Great Bear Rainforest, which set aside 85% of the forests on BC’s north and central coast.

It also includes financial support for sustainable economic development and diversification of First Nations communities, known as “conservation financing,” while supporting First Nations land use plans. While these longer-term solutions are being developed, an interim halt to logging in old-growth “hotspots” – areas of high conservation value – must be implemented to ensure the largest and best stands of remaining old-growth forests are kept intact while a larger plan is developed.

There are also a number of policies that can be readily implemented more quickly. For example, the BC government is currently finishing work on developing a Big Tree Protection Order as a policy option, which if implemented would protect the biggest trees on the coast with buffer zones.

In addition, forest reserves such as many Old-Growth Management Areas that currently exist only on paper should be made legally binding, and the system should be quickly expanded to protect additional endangered old-growth forests. The NDP government should also direct BC Timber Sales (BCTS), the BC government’s logging agency, to discontinue issuance of old-growth cut blocks. Finally, annual funding needs to be directed to establish a park acquisition fund, which would allow the BC government to purchase and protect private lands of high conservation, cultural or recreational value.

“We are excited to work constructively with this new government and hope to start seeing policy changes in the very near future,” said Andrea Inness, Ancient Forest Alliance campaigner. “In the province’s most significant old-growth ‘hot spots,’ getting at least a temporary halt to logging is step one, so we’re not in a ‘talk and log’ situation where endangered old-growth forests are being logged while policy negotiations take place, limiting our options for protection.”

The forestry worker unions, PPWC and Unifor, agree there needs to be regulations and incentives in place that ensure a value-added second growth forest industry. Recommended regulations include increasing the province’s log exports tax on second-growth logs and banning or quickly phasing out the export of old-growth log exports. Incentives include providing relief on PST, stumpage fees or property taxes for companies investing in second-growth milling equipment.

“We’re a union that supports sustainable forestry jobs and environmental protection,” said Arnold Bercov, President of the Public and Private Workers of Canada. “The NDP government has expressed concern for jobs as BC mills are continuing to shut their doors, putting people out of work. Port Alberni’s Somass sawmill closed in June and PPWC’s Long Hoh and Ladysmith mills have faced log shortages and temporary closures. The futures of these mills are now in jeopardy. We want to see action from this government to protect our forestry jobs, support wood manufacturing jobs in both First Nations and non-First Nations communities, and to protect endangered old-growth forests.”

In addition to unions, the AFA works closely with the business community, like the Port Renfrew Chamber of Commerce, which has led BC’s business community in rallying behind old-growth protection for economic reasons. The groups are urging the Ministry of Forests to consider the province’s broader business community, which also has a stake in responsible forest policy and conservation.

“The Ministry of Forests’ decision-making process on forests should include the interests of the broader business community,” said Dan Hager, business owner and President of the Port Renfrew Chamber of Commerce. “In many places, such as Port Renfrew, many businesses stand to gain from protecting more old-growth forests. The protection and promotion of the Port Renfrew area’s record-breaking big trees, along with the famed Avatar Grove, has prompted our former logging town to rebrand itself for old-growth forest tourism. We’re now known as the ‘Tall Trees Capital of Canada.’”

“Old-growth forests in many places can have a much greater value standing than as lumber and logs,” said Hager. “Thanks to ‘tall tree’ tourism, we’re seeing jobs, real estate development and property values go up in Port Renfrew. It sets a good example to other communities that there are jobs and enormous economic benefits to protecting old-growth forests.”

“We have learned in the Great Bear Rainforest that solutions for old-growth conservation, communities, and certainty for forestry are possible. We are losing the remaining old-growth on Vancouver Island at a faster pace than primary rainforest gets logged in tropical countries. The climate crisis means that we must keep carbon stored in old-growth forests, which must now be considered a non-renewable resource and will not grow back as we know it. The time for action is now,” said Jens Wieting, forest and climate campaigner, Sierra Club BC.

In recent times, the voices for old-growth protection have been quickly expanding, including numerous Chambers of Commerce, mayors and city councils, forestry unions, and conservation groups across BC who have been calling on the provincial government to expand protection for BC’s remaining old-growth forests.

BC’s premier business lobby, the BC Chamber of Commerce, representing 36,000 businesses, passed a resolution in May of 2016 calling on the province to expand protection for BC’s old-growth forests to support the economy, after a series of similar resolutions passed by the Port Renfrew, Sooke, and WestShore Chambers of Commerce. See: http://www.ancientforestalliance.org/news-item.php?ID=1010

Both the Union of BC Municipalities (UBCM), representing the mayors, city and town councils, and regional districts across BC, and the Association of Vancouver Island and Coastal Communities (AVICC), representing Vancouver Island local governments, passed a resolution last year calling on the province to protect Vancouver Island’s remaining old-growth forests by amending the 1994 land use plan. See: http://www.ancientforestalliance.org/news-item.php?ID=1057

The Private and Public Workers of Canada (PPWC), formerly the Pulp, Paper, and Woodworkers of Canada, representing thousands of sawmill and pulp mill workers across BC, passed a resolution earlier this year calling for an end to old-growth logging on Vancouver Island. See: http://ancientforestalliance.org/news-item.php?ID=1100

The Ahousaht First Nation north of Tofino in Clayoquot Sound also announced early this year that 82% of their territory will be off-limits to commercial logging. They now need provincial legislation and funding to help make their vision a reality. See: https://www.desmog.ca/2017/01/27/first-nation-just-banned-industrial-logging-and-mining-vancouver-island-territory

The Ancient Forest Alliance is calling on the BC government to implement a comprehensive science-based plan to protect all of BC’s remaining endangered old-growth forests, and to also ensure a sustainable, value-added second-growth forest industry.

The NDP’s 2017 election platform states that “In partnership with First Nations and communities, we will modernize land-use planning to effectively and sustainably manage BC’s ecosystems, rivers, lakes, watersheds, forests and old growth, while accounting for cumulative effects. We will take an evidence-based scientific approach and use the ecosystem-based management of the Great Bear Rainforest as a model.” (see page 61 of their platform at: https://action.bcndp.ca/page/-/bcndp/docs/BC-NDP-Platform-2017.pdf). If taken literally and seriously, this would almost certainly result in the protection of the remaining endangered old-growth forest on BC’s southern coast and in the BC Interior, where old-growth forests are far scarcer and more endangered than in the Central and Northern Coast (Great Bear Rainforest) where 85% of the forests (including the vast majority of the old-growth) were set aside in protected areas and under the ecosystem-based management.

Media Centre
Art as a gateway to action 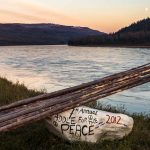 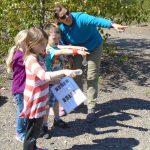