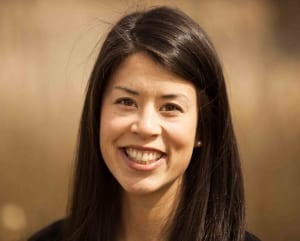 Nadia lives on unceded Lheidli T’enneh territory in Prince George where the Lhtako (Fraser) and Nechako Rivers meet. She grew up on W̱SÁNEĆ territory on S,DÁYES (Pender Island) and is of Chinese, German and Scottish descent. She has been involved in sustainability and climate issues for over ten years and is currently a graduate student in the Natural Resources and Environmental Studies program at the University of Northern British Columbia

In the past, Nadia has worked to defend wild salmon with non-profit organizations in the Skeena watershed, served on the Board of her undergraduate student union, and helped lead national and provincial youth climate campaigns. She currently volunteers with a local group, Sea to Sands, that engages residents about the risks of industrial development proposals in Northern BC, supports Indigenous-led land stewardship, and works toward renewable energy solutions.

In her spare time Nadia can be found walking along the river, trying to look graceful on her cross-country skis, or enjoying the incredible arts and culture that Northern BC has to offer. 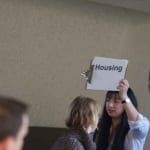