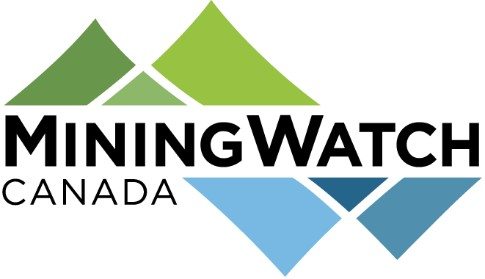 Williams Lake (B.C.), January 13 2017. The federal Crown announced this morning in Williams Lake Court that it is moving to stay MiningWatch’s charges against the B.C. government and Mount Polley Mining Corporation (MPMC)—owned by Imperial Metals—over the largest mine waste disaster in Canadian history. If successful, the Crown action would prevent MiningWatch from presenting evidence to the Court about the 2014 spill’s damages to downstream waters and fish habitat, in violations of the Fisheries Act (see backgrounder below).

“We were stunned that the federal Crown does not even want us show the Court that there was enough evidence to justify proceeding with a prosecution against both the B.C. government & MPMC for the worst mining spill in Canadian history,” says Ugo Lapointe, Canada Program Coordinator for MiningWatch.

The Court will decide in the next few weeks if the Crown is allowed to enter a stay of charges so early in the process, without even first hearing the evidence from the private prosecutor (MiningWatch).

MiningWatch is concerned that by staying these proceedings without clear justifications, the Crown is sending the wrong signal to industry across Canada and further undermines public confidence in the ability of our regulatory system to effectively protect our environment.

Lapointe: “We initiated this private prosecution out of concern that it has now been over two and a half years since the Mount Polly disaster happened and yet, despite clear evidence of violations of Canadian laws, no charges have been brought forward by any level of government.”

The Public Prosecution Service of Canada Deskbook describes private prosecutions as “a valuable constitutional safeguard against inertia or partiality on the part of authorities”. MiningWatch’s lawyer Lilina Lysenko: “staying the charges prior to having the opportunity to determine whether or not there is enough evidence to proceed could undermine this constitutional safeguard if it is done without good reason.”

This decision also raises serious questions about the federal Crown’s real intention to lay, or not, its own charges against B.C. government and MPMC. Lapointe: “Soon to be three years after the fact, they still haven’t filed their own charges. What confidence can the public have that if they can’t even say when, or if, they will file their own charges? They’re welcome to take over the case, but to prosecute it, not to stay, dismiss or stall the proceedings.”

MiningWatch is calling on the public to seek answers and clear commitment from the federal government to enforce its own environmental laws when they are violated. Please take the time to write to both Hon. Prime Minister Justin Trudeau (justin.trudeau@parl.gc.ca) and Hon. Dominique Leblanc, Minister of Fisheries and Oceans (dominic.leblanc@parl.gc.ca). Let them know you want to de Canadian Fisheries Act to be enforced promptly in the case of the Mount Polley Mine disaster in British-Columbia. More actions will follow.

With the support of multiple organizations, MiningWatch filed in October 2016 a private prosecution claiming that the massive 2014 spill destroyed or altered large swaths of fish habitat, in clear violations of sections 35(1) and 36(3) of the federal Fisheries Act (see also backgrounder online).

On August 4 2014, Mount Polley Mine’s tailings dam collapsed and sent up to 25 million cubic metres (10 000 Olympic-size pools) of wastewater and mine waste solids into downstream waters, destroying or affecting over 2 612 470 m2 of aquatic and riparian habitats—equivalent to about 500 football fields or 1500 ice hockey rinks.

Impact assessment reports of the spill commissioned by BC’s Ministry of Environment and MPMC indicate strong evidence of an impact to sediments, both physically and chemically, within Hazeltine Creek, Polley Lake and Quesnel Lake.

Chemical impacts are most evident in elevated copper, but also in concentrations of iron, selenium, arsenic, vanadium, manganese, and other contaminants. In some instances, concentrations consistently exceeded provincial Sediment Quality Guidelines (and above background levels).

The National Pollutant Release Inventory (NPRI) reports that the Mount Polley Mine represented the largest emitter of copper, arsenic and manganese in Canadian waters in 2014 due to the tailings spill.

Studies also indicated effects to benthic invertebrates, which are also protected under the Fisheries Act. Effects are ranging from an absence of organisms, lower density and taxon richness, and limited differences in community composition.

MiningWatch is taking action now because it is concerned that, almost two and a half years after the disaster, governments have failed to lay charges and enforce the law, despite clear and ample evidence to justify proceeding. MiningWatch fears that this sends the wrong signal to the industry across the country and undermines public confidence in the capacity of our regulatory system to work effectively to protect our environment.

Under specific provisions of the Canadian Criminal Code and the Fisheries Act, any citizen can initiate a private prosecution if he or she believes, on reasonable grounds, that a person has committed an indictable offence. In order words, the legislation specifically provides an incentive for private persons to enforce federal laws like the Fisheries Act in order to ensure the protection of public resources, such fish and fish habitat, even if against the Federal or Provincial Crown. As stated in the Public Prosecution Service of Canada Deskbook, private prosecutions are “a valuable constitutional safeguard against inertia or partiality on the part of authorities.”

While MiningWatch is prepared to carry the case to full trial if necessary, it also recognizes that the cost and expense associated with prosecuting a case against a mining corporation and the Provincial Government can be immense. For this reason, it will be asking for the Federal Crown to carry the prosecution forward. If Canada’s unique environmental values and waters are to be fully protected, it can only occur if the government stands against violations of its own laws and uses all the means and resources it has at its disposal to do so. 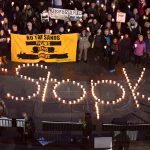 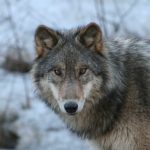 NGOs outraged as BC government admits culling is inhumane, yet considers cull...
Scroll to top
MENU