In this guest post, Noah Ross discusses his experience offering legal observer training in Wet’suwet’en territory with financial support from Sierra Club BC. Noah is a lawyer and third generation settler who lives in Black Creek on Pentlatch territories and works for the Jack Woodward Law Firm, practicing Aboriginal law. He was part of the legal team representing the Unist’ot’en camp in a legal challenge against Coastal GasLink’s injunction in 2019 and is a member of the Wet’suwet’en Solidarity Legal Crew which organizes legal observers on Wet’suwet’en territories. 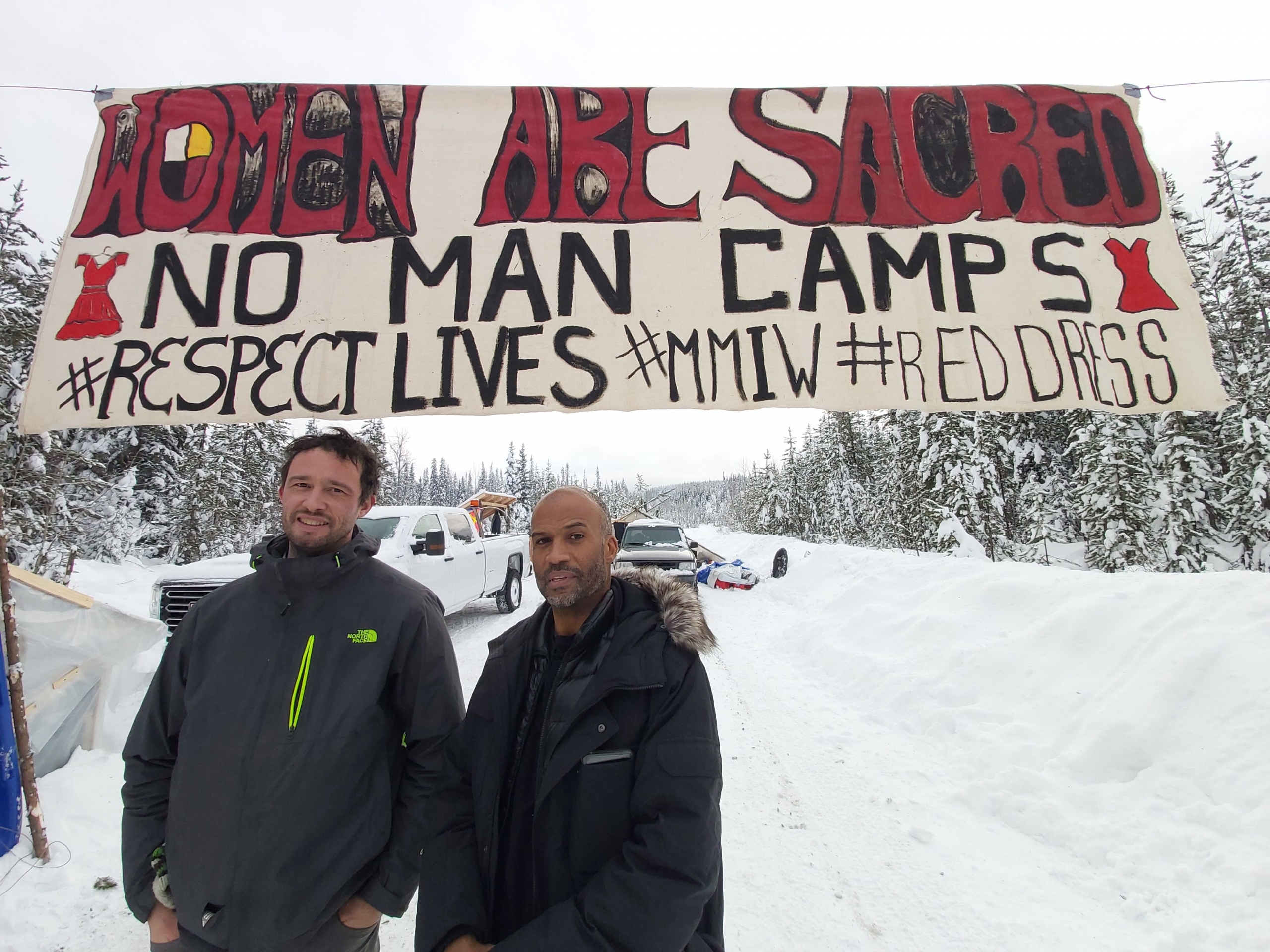 Noah with Carl Williams at the kilometre 39 camp which was dismantled by RCMP on February 6, 2020 (Photo by Jerome Turner)

In January 2020, Wet’suwet’en activists made a request for legal observers to assist them as it became clear that the RCMP would begin the process of enforcing the injunction granted to Coastal GasLink by Madam Justice Church of the British Columbia Supreme Court on December 31, 2019.

Legal observers are typically people who are trained to observe the activities of law enforcement with the purpose of supporting people at an action by building evidence that can be used in court to protect them against charges by state authority or potentially to report misconduct by state actors. We adapted standard legal observer training to the context of land based camps and villages. Wet’suwet’en land defenders called for legal observers to protect land defenders from state violence in the case of RCMP raids and to build the legitimacy of narratives coming out of the camps. Due to the trainings supported by Sierra Club BC, legal observers were present at most of the raids that took place and legal observers provided key material for BC Civil Liberties Association complaints regarding the RCMP checkpoints, available here

The first training we held was for four people inside Woos’ cabin at the 44 kilometre Gitdumden camp using pieces of wood and benches as seats while the camp radio crackled in the background. The next night we spoke to over 20 people at the Unist’ot’en camp in a brightly lit dining hall while media recorded our talk.

At all the workshops, it was clear that the movement supporting the Wet’suwet’en land defenders was made up of intelligent and knowledgeable Indigenous folks and supporters that were all committed to following the direction of Wet’suwet’en hereditary leadership. The feeling of a common purpose and commitments was palpable and laughter came quick.

This was as true at the supply camp at kilometre 39 just as it was at Unist’ot’en camp, where many supporters and Unist’ot’en house members have lived together for years. Everywhere we went, people seemed satisfied to be contributing to enacting Wet’suwet’en sovereignty on their traditional lands and resisting the Coastal GasLink pipeline while doing it. CGL had been off work on Unist’ot’en territory for 3 weeks and it was gratifying to think of the animals, which had been seen in increased numbers, having the land to themselves, renewing their trails in the fresh snow while CGL’s machines and the CGL man camp on Unist’ot’en territory lay quiet. 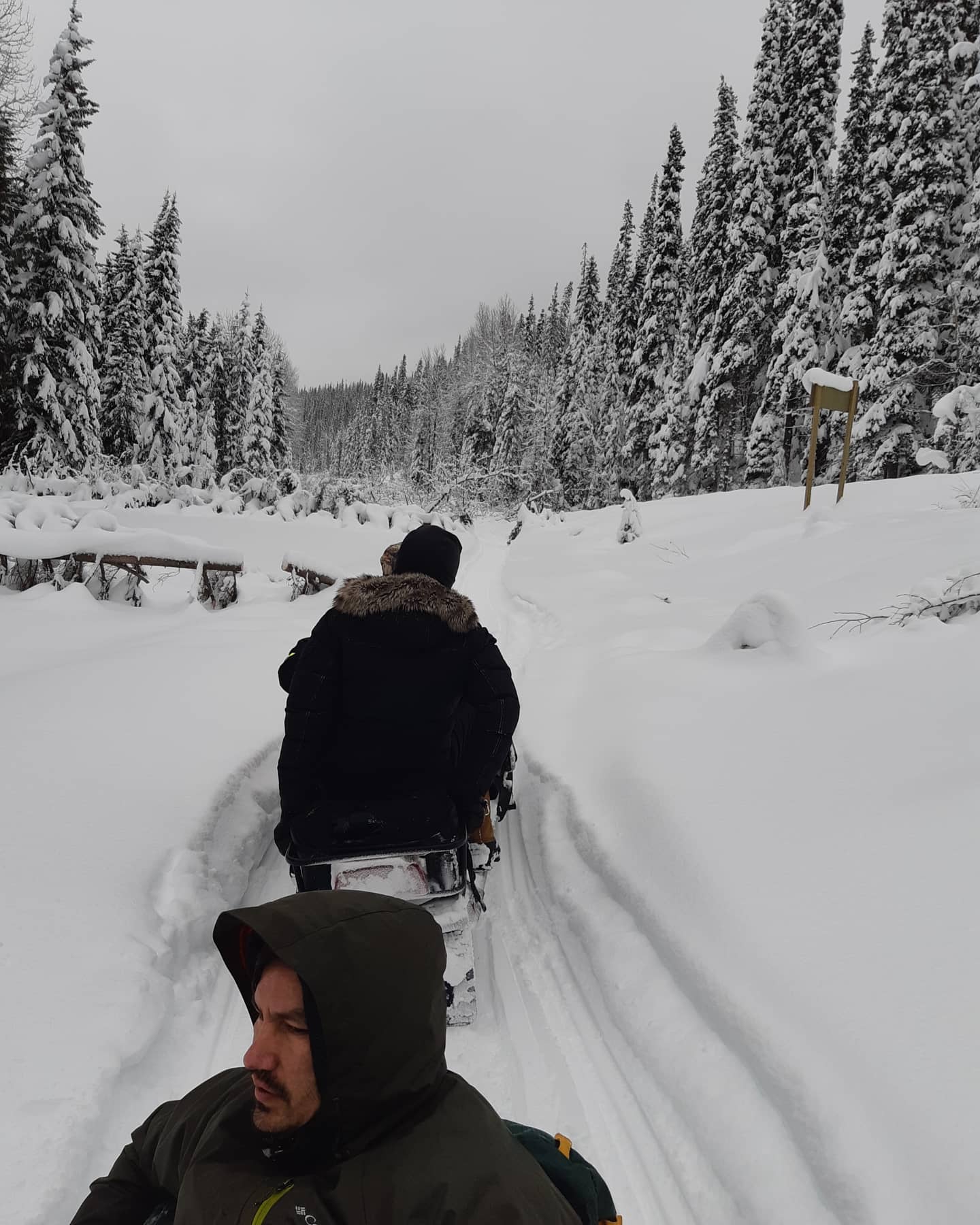 On January 22, Carl Williams and I passed through the RCMP checkpoint that the RCMP had set up at kilometre 29 on the Morice Forest Service Road. As we left, we were told by a police officer that Carl could not come back in because he was not licenced to practice law in British Columbia and that only practicing lawyers, medical practitioners, hereditary chiefs and people bringing essential supplies could come past the checkpoint if they had chains and a radio.

The RCMP justified this exclusion zone by saying that it was because of bad road conditions and fallen trees but they told other people that it was because of Justice Church’s injunction. Neither of these explanations made legal sense. The RCMP were clearly only allowing in certain classes of people and strategically blocking access to the Wet’suwet’en land-based camps for most of their supporters and residents in an attempt to make it easier to get CGL back to work. This was a massive violation of civil liberties directly for the interests of corporate profit.

Looking back at this visit, it is in stark contrast to the disinformation campaign against the Wet’suwet’en hereditary leadership waged in the media. On March 9, I listened to Carol Off, host of CBC’s As It Happens, interview Dan George, band councillor with the Wet’suwet’en Ts’il Kaz Koh First Nation. Off said that it was a shame that there was a conflict between elected band councils and hereditary leadership in Wet’suwet’en society. Listening, it felt like Carol pitied Wet’suwet’en society for this problem, leaving aside the fact that it has been deliberately created and cultivated by Canadian governments. However, Canadian governments have been negotiating treaties and land use agreements with the Wet’suwet’en hereditary chiefs for decades without band councils at the table.

Despite the imposition of band councils and the prohibition of bahtlats (feasts) for much of the 20th century, the parliamentary body of Wet’suwet’en society, the hereditary system has continued to function and retain its resiliency. It is heartbreaking to see so much of Canadian settler society invested in breaking down this hereditary system rather than actually recognizing it as an institution that has power, meeting that power, and moving together with it. Canada as a collective seems to care more about our identity as a resource producing nation holding sovereignty over our territory than we do about our soul and our relationships with other nations. 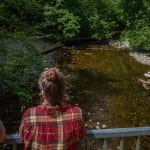 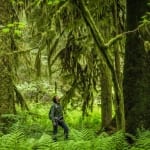 Hiking outside is a safe way to socially distance and connect with nature (photo by Jens Wieting) We are stronger together: Our response to COVID-19
Scroll to top
MENU