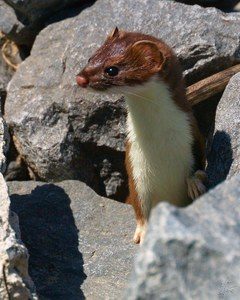 As the smallest carnivore in the world it rarely grows longer than 20 centimetres. In the summer it has brown fur and a white belly and in the winter it is all white. It has a short tail, short ears and the bottoms of its feet are furry.

It is found from western Alaska to the southern US and across parts of Canada. In B.C. it is found in the northeast part of the province. Least weasels like to live in open grassy areas and on the edges of forests.

The least weasel eats primarily mice, voles and insects, but some birds eggs and frogs make up its diet. It can eat its own weight in food every day! It hunts mostly at night and can find a hiding place almost anywhere—it can fit into a hole two and a half centimetres wide.

Females give birth any month of the year to one to ten pink hairless babies. They leave their mom after about seven weeks and live alone except for when they mate. Least weasels don’t have many threats but they are sometimes trapped for their fur. 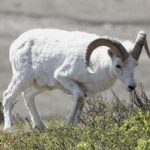 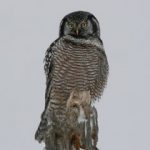