We highly recommend reading our Enbridge blog first, taking some time to celebrate that awesome victory, and then reading on here for next steps.

If Prime Minister Trudeau thought cancelling one pipeline in B.C. provides the justification to approve another, he needs to give his head a shake. Make no mistake, Trudeau has picked a fight with British Columbia.

Even Conservative leader Rona Ambrose doesn’t think the Kinder Morgan pipeline will be built.
Legal challenges have already been filed. Municipalities and First Nations are vowing to do what it takes.

We know how to do this. We have faced an oil-loving Prime Minister before.

We stopped one pipeline, we will stop another one.

Trudeau has made B.C.—and especially the south coast—a sacrifice zone in a cynical political calculus. It has nothing to do with evidence, nothing to do with science and absolutely nothing to do with the interests of British Columbians. Trudeau’s decision was pure politics. He’s done the political math and he thinks he can weather the opposition. That means our job is to get bigger, to build the movement up even stronger and more diverse.

There is no doubt in my mind that we can do this. Just as B.C. communities and First Nations stood together to stop Enbridge, we will do the same with Kinder Morgan.

In the courts, at the polls, on the streets.

Will Kinder Morgan become Trudeau’s Clayoquot Sound? People are already training in civil disobedience, which has played a role throughout history in overthrowing injustice, from Martin Luther King to women getting the vote to Clayoquot Sound to Standing Rock. In a free and democratic society, that is a choice people have a right to make.

Here at Sierra Club BC that’s not a path we promote, as it would violate the rules of our charitable status. We acknowledge, however, the urgency around climate action and protecting endangered orca whales and respecting Indigenous rights that might lead people to choose this path.

Our role will be to support First Nations’ legal challenges, just as we did with Enbridge. Four legal challenges have already been filed by six nations, and more will come.

Fifty-nine First Nations in BC are opposed to Kinder Morgan, and over 100 nations across the continent have signed the Treaty Alliance Against Tar Sands Expansion.

Stay tuned for how you can get involved by organizing events to support the First Nations legal challenges.

There is a B.C. election coming up. Will our provincial government stand up for B.C. and refuse to issue permits for Kinder Morgan? We need to make this an election issue.

Premier Clark seems to think B.C.’s 5 conditions have just about been met. This is despite a flawed review process, significant First Nations opposition, and the reality that dilbit sinks and there is no known technology that can clean it up.

The approval of Kinder Morgan makes me angry, that we have to fight to hold the line when instead we so urgently need to be building the post-carbon economy. It also makes me more determined. And our victory over Enbridge gives me hope. Because we know how to win this fight.

Let’s take the lessons learned and the momentum we’ve gained from the Enbridge campaign and apply them to the task of stopping Kinder Morgan dead in its tracks. We’re getting stronger.

It won’t be easy, but I know we will come out victorious. Together.

Please chip in today to help us make this happen.

Media Centre
BC communities say no to Site C Dam 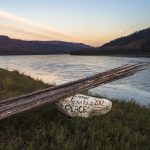 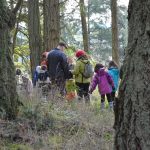