“The report by the ministerial panel, released today by Natural Resources Canada, highlights the failures of the NEB process and raises a series of crucial questions for cabinet’s consideration.

“In answer to the panel’s question about climate change, the science is clear: building this pipeline would make it impossible to meet Canada’s climate commitments. You can’t build pipelines and be a climate leader.

“Regarding the panel’s question about how cabinet could square approval with a federal commitment to reconciliation with First Nations, the answer can be found in the numerous First Nations who firmly oppose this project.

“The panel also raises the question of how cabinet can be confident in an assessment based in a process full of flaws, both the NEB process and the ministerial panel meetings themselves.

“The panel asks—given recent spills and the inadequacy of spill response—whether this pipeline and tankers project is worth the risk.

“They also note the evidence presented to the NEB that the project would have significant impact on southern resident killer whales that are protected under the federal Species at Risk Act.

“This panel was no remedy for a flawed NEB process, and this report does not provide the basis for a federal cabinet approval.

“Approving this project would be abandoning our commitment to real climate action, imposing a death sentence on the southern resident orca population and inviting ecological and economic disaster in the form of an inevitable tanker spill.

“If cabinet takes these questions seriously and bases its decision on the best available science, there is no way this pipeline will be built.”

See attached backgrounder for a summary of flaws in the ministerial panel processes.

The problems that Sierra Club BC and other organizations have identified with the ministerial panel’s approach include the following:

Panelist conflict of interest/perception of bias 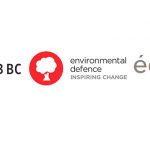 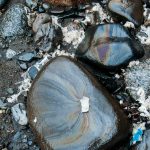