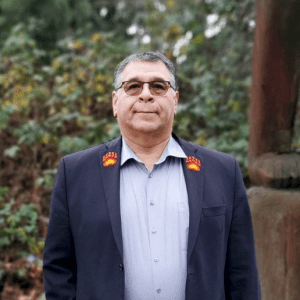 J. Kevin Barlow is Mi’kmaw from New Brunswick, now living in North Vancouver B.C. on the Capilano reserve in Coast Salish Territory. He has been here in B.C. for the last 9 years.

Kevin began learning advocacy at a very young age watching his Uncle who was Chief engage what was then called the Department of Indian Affairs. At 13, he was marching down to the School Superintendent’s office to challenge how other Mi’kmaw kids were being treated. In his early 20s, he was advocating for wind energy and became aware of how rising sea levels might affect his coastal First Nation of Indian Island NB. Fast forward to 2010 and a third of his community was flooded by 3 back-to-back storm surges. As Chief Administrator, he had the task of trying to protect the community by building a berm around the community, something he sees as a short-term measure.

He has worked at the local, regional, national and international levels. Most recently he departed as Executive Director of the Canadian Parks and Wilderness Society of B.C. to take a new role with the Hastings Crossing Business Improvement Association. Kevin believes that not only Indigenous Knowledge, but western science, need to work together to address the challenges we are seeing with the environment. Quite simply, he believes we are living beyond our means and need to do more to curb our impacts on Mother Earth. His Mi’kmaw name translates to mean “Black Bear Standing Looking For Medicine”. 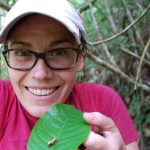 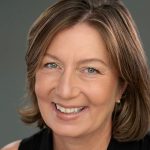