Immediate deferrals, political will and funding will determine success

Xʷməθkʷəy̓əm (Musqueam), Sḵwx̱wú7mesh (Squamish) and səlilwətaɬ (Tsleil-Waututh) (VANCOUVER, BC) — Sierra Club BC believes the creation of an independent Old Growth Technical Advisory Panel, which was announced by the B.C. government today, could be a turning point for the fate of at-risk old-growth forests amid a delayed implementation of the promised paradigm-shift in forest stewardship in B.C. Overcoming this government’s history of ignoring the best-available science and playing politics with advisory boards will require political will and clear direction.

“Last fall, the B.C. government promised to implement a paradigm-shift in forest stewardship, but to date it has failed to deliver the most pressing first step – to stop the bleeding and use interim mechanisms to ensure the most endangered old-growth forests are not being logged while forest management in B.C. shifts from a focus on timber values to one of respecting ecological limits,” said Sierra Club BC Senior Forest and Climate Campaigner Jens Wieting.

“This advisory panel combined with leadership from the B.C. government will allow the province to implement a precautionary approach. This requires deferring logging in all at-risk forests in the short-term to buy time to work with Indigenous decision makers on long-term designations that respect Indigenous rights and title. Speeding up change on the ground also requires funding for Indigenous-led conservation solutions and a just transition for forestry workers,” added Wieting.

“It’s hard to get excited about steps like this when this government has gone from talk and log politics to predatory delay.  Out of one side of their mouth, they hide behind First Nations, while out the other side they actively push old-growth forest referrals through band offices and profit off of BC Timber Sales logging in territories they don’t have consent to operate in.  Science is always celebrated, but political courage is what we need most,” said Sierra Club BC Coastal Projects Lead Mark Worthing.

”The unprecedented heatwave currently enveloping Turtle Island is a brutal reminder of how little time we have to safeguard what remains intact of our best ally in the fight against the climate and biodiversity crisis. Intact, carbon-rich, resilient old-growth forests are our best defense against the ravages of climate change such as heatwaves, drought and wildfires. The web of life that depends on these forests cannot withstand more industrial devastation combined with climate change impacts,” added Wieting. 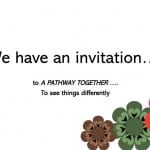 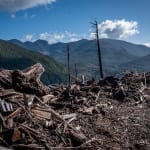