Forests: Fuel or Fix in the Climate Crisis

Forests: Fuel or Fix in the Climate Crisis

The horrifying bushfires in Australia are yet another reminder that in many parts of the world, climate change impacts are already catastrophic. They are also a stark reminder that our approach to forests can either help address this crisis or make the problem worse.

Protecting old-growth forests that have accumulated record high amounts of carbon over time and continue to capture more is one of the best things we can do in B.C. to address the climate crisis. But bad logging practices like clearcutting and climate change-worsened forest fires all fuel the release of even more greenhouse gas emissions and more global heating. It’s like a snowball effect – a vicious cycle. And forest emissions are largely ignored because they are not counted as part of B.C.’s official emissions in provincial greenhouse gas inventories.

Just at a time when we urgently need to be reducing all forms of carbon pollution to defend our communities from the climate crisis, clearcut logging in B.C. is making the problem much worse.

Sierra Club BC’s new Clearcut Carbon report made headlines in December (check out Global TV and CBC coverage). It showed that ending clearcutting of forests, particularly old-growth forests, is as important for B.C. climate action as phasing out fossil fuels.

We can only have a stable climate if we protect intact forests, and we can only sustain intact forests if we stabilize the climate. Both are only possible if we give up clearcutting, particularly of old-growth forests, in favour of smarter forms of forestry that don’t wreck intact forests and their benefits.

Business as usual in forests will worsen the climate crisis. Currently, not even the old-growth forests with the biggest and oldest trees and the highest amount of carbon stored are safe from the chopping block. We’re putting at risk the future of communities, remaining forests, and current and future forestry jobs.

We’re at the tipping point for profound change, whether corporations like it or not. B.C.’s forest industry is in crisis, with more mills closing and workers still on strike. On Vancouver Island and in many other parts of the province, we’re down to the last 10% of the original ancient big trees. Old-growth logging is going to end one way or another.

The question is, will it end because the last unprotected 1,000-year-old giant was cut down? Or because we saved the last fraction of this endangered old-growth as a legacy for future generations?

It’s not too late for the B.C. government to reform forestry laws so that forest stewardship helps in tackling the climate crisis. But our elected officials have not yet taken meaningful action and we need your help to motivate them. Here’s how:

1. Have your say on old-growth before January 31

The B.C. government is asking for your input on old-growth management. Find out how you can send a letter or fill out their survey here.

You can also join Sierra Club BC supporters in completing the survey or writing a letter at one of our letter-writing parties:

Bring a laptop if you have one. If you don’t, there will be extra laptops to use.

Ask the BC government to take bold action for forest protection and stewardship by amending BC’s forestry laws this year.

3. Help us make 2020 the year we enter a new chapter for forest protection and stewardship in B.C.

This year, we’ll be growing our forest campaign team and building public demand for old-growth protection. We’ll be getting campaigners, photographers, journalists and biologists out to shine a light on the value of the endangered ancient forests—and the shocking destruction—and take this information to decision-makers.

We’ll be making needed conversations happen between communities, Indigenous Nations, concerned citizens, tourism operators and other business leaders, and the logging sector, to identify real solutions that allow for protection of endangered forests, respect the rights of Indigenous peoples and ensures long-term forestry jobs. We will see to it that the BC government cannot continue to ignore what the majority of British Columbians support – protection of the last endangered old-growth forest.

We’ll be supporting the incredible leadership of Indigenous peoples in stewarding these lands, waters and forests. And we’ll be telling compelling stories backed up by the mapping, research and science our Sierra Club BC community is known for.

Join us. If you haven’t yet, please take the next step and become a member or sign up to volunteer with Sierra Club BC. We need you!

Media Centre
How to grow your investments while helping the planet 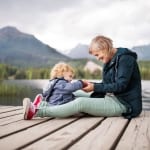 Environmental assessment not yet complete; B.C. not obligated to proceed with...
Scroll to top
MENU