The poll, which was commissioned by Sierra Club BC, revealed 62 per cent strongly support taking action.

These views are widely held across the province, with 90 per cent or more in southern B.C. and the Fraser Valley, 87 per cent on northern Vancouver Island and 83 per cent in northern B.C.

British Columbians also overwhelmingly believe it is important for the B.C. government to keep its election promise to take action on old-growth forests, including more protection for old-growth trees, less logging, partnerships with First Nations and support for a more diversified economy. Ninety-two per cent agreed with this statement.

About four in five British Columbians cited the following reasons to care about defending old-growth forests:

Sierra Club BC is calling on all levels of government to take immediate steps to defend endangered, carbon-rich old-growth forests and the vital environmental services they provide. Governments must transition to improved, truly sustainable forest management practices that work for people, communities and ecosystems and that respect Indigenous rights and jurisdiction.

“British Columbians care deeply about the endangered old-growth forests in this province, and want to do more to defend them,” said Sierra Club BC’s campaigns director Caitlyn Vernon. “The climate crisis means the provincial government must put the brakes on the rapid logging of endangered old-growth forests. We can protect big old trees and have sustainable forest jobs into the future, but only if we act quickly to increase protection and improve forest management.”

“The Nuu-chah-nulth Tribal Council are empowered to learn that such a high percentage of British Columbians want to see old-growth forest retained and recognize the immense value they have to all living things,” said President Judith Sayers of the Nuu-chah-nulth Tribal Council. “The taking of the old-growth forests destroys our sacred places, ecosystems, medicinal plants and habitat for wildlife and if we managed our forests this would not happen. We call upon the B.C. government to work with Nuu-chah-nulth to manage these forests so we can all continue to benefit from their richness. Once B.C.’s Declaration on the Rights of Indigenous Peoples Act becomes law, the B.C. government must amend forestry laws and regulations to ensure the rights of the Nuu-chah-nulth in old-growth forests are respected so we might as well start that protection immediately.”

The B.C. government is currently amending provincial forestry laws, the Forest and Range Practices Act (FRPA), with amendments scheduled to be tabled in spring 2020.

Separately, the B.C. government has launched a new panel to gather feedback from British Columbians on old-growth forests. However, recommendations from this panel will not inform the FRPA amendments, they will not be shared until late 2020, and there is no commitment to bringing them into law.

Editors/Producers: Photo and video footage of old-growth forests and forest destruction on Vancouver Island is located at https://drive.google.com/open?id=1ie48VmdMwCcVS9Q6GqbTDzxao_Fq1zUY

Media Centre
Sierra Club BC statement on the B.C. Declaration on the Rights of Indigenous... 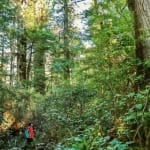 EVENT: Forests – A Climate for Change
Scroll to top
MENU