Numerous, serious flaws in the National Energy Board’s review of Kinder Morgan’s pipeline and tanker proposal, documented in a new report by Sierra Club BC, are another reason the provincial government’s five conditions for pipelines cannot be met.

The report—Credibility Crisis:  Major Flaws Threaten Credibility of NEB Assessment Process for Kinder Morgan Trans Mountain Pipeline and Tankers Proposal—details the negative impacts of changes made to the Board’s legislation and processes to date.

“Rigging the process has created a massive legal cloud over Kinder Morgan’s proposal,” said Larissa Stendie, Sierra Club BC’s Energy and Climate Campaigner. “The NEB’s approval will be vulnerable to legal challenge on any number of fronts, all because the federal government has turned its back on fairness and stacked the deck in Kinder Morgan’s favour.”

The first of the provincial government’s “five conditions for heavy oil pipelines” is the “successful completion of an environmental review of the project.” Credibility Crisis lays out deficiencies in the NEB process that amount to a failure to satisfy the basic requirements of a public hearing process, eroding confidence in the results and creating legal uncertainty about the legitimacy of the final decision.

Among the many problems identified in the report is a severe limitation on who can participate and what issues can be raised.

“By restricting participation to those who meet their limited definition of persons ‘directly affected’ by the project, and excluding any discussion of the associated climate impacts, the NEB has prevented British Columbians from participating in decisions about the future of our communities,” said Stendie. “With increasing drought and wildfires around the province, we are all directly affected by the climate impacts that the NEB isn’t allowing us to talk about, and we all have a right to be heard.”

The Province’s fifth condition is that “legal requirements regarding Aboriginal and treaty rights are addressed, and First Nations are provided with the opportunities, information and resources necessary to participate in and benefit from a heavy-oil project.” Numerous First Nations have expressed serious concerns about the NEB process, calling it unconstitutional and taking the NEB to court.

“With such a flawed NEB process, the Province will never be in a position to determine the full scope of risks to B.C.’s environment, jobs and communities,” said Stendie. “The only solution is for the B.C. government to pull out of this process and conduct a credible, independent B.C. review.”

The Province has the power to withdraw from the NEB process and conduct its own review of the project. Sierra Club BC is calling on the Province to do a credible, independent review that begins with a complete application, hears from British Columbians, respects First Nations, and considers the climate impacts that would result from this project.

National Energy Board hearings are intended to determine whether or not a given project is necessary and in the public interest. In Canada, it has been the case for over 40 years that such determinations are made in public, with public participation, in order to build social license for projects. An open hearing helps the public to understand the trade-offs being made among the various economic, environmental, social and cultural values that may be impacted by a project.

The current National Energy Board hearing process into the Trans Mountain Pipeline Expansion project is failing to achieve the objectives of an open hearing. The NEB has been roundly criticized in the media and the Courts for its handling of the process and for restricting the scope of its examination of the project.

In this report, we detail the deficiencies in the process to date that are giving rise to public criticism and dissatisfaction with the process and causing some intervenors to withdraw from the process. These include: 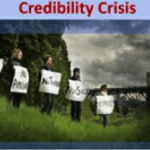 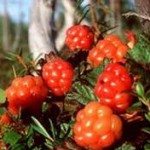