Join us for the Victoria premiere of Sophie and Clement Guerra’s documentary, The Condor & The Eagle (2019, 122 min.), a film that follows four Indigenous climate leaders engaged in critical actions to preserve their territories from environmental devastation.

As the Amazon rainforest burns uncontrollably for many weeks, UN climate scientists are predicting unprecedented global catastrophe. The Condor & The Eagle features Indigenous leaders, from the global North and the global South, deploying an unparalleled joint and coordinated global response. The film embarks on an extraordinary trans-continental adventure from the Canadian plains to the heart of the Amazonian jungle to unite the peoples of North and South America, in effect deepening the meaning and importance of Climate Justice.

The Condor & The Eagle offers an intimate glimpse into a developing spiritual renaissance. The film’s four protagonists learn from one another’s legacies of resistance to colonialism’s extractive economies. Their path through the jungle takes them on an unexpectedly challenging and liberating journey, which will forever change their attachment to the Earth and to one another.

At its core The Condor & The Eagle illustrates tangible actions anybody can take, inviting settlers to follow the call from Indigenous communities. Featuring intimate interviews, brisk pacing and unforgettable original animation sequences from Lucy Animation Studio, The Condor & The Eagle will inspire you to consider the what you can do to tackle the climate crisis.

This event is brought to you by Social Justice Studies UVic, CIRCLE (Centre for Indigenous Research and Community-Led Engagement), The David Suzuki Foundation and Sierra Club BC.

Bryan is a longtime environmental justice and climate justice advocate born and raise in the Gulf South. Bryan has worked tirelessly in his hometown of Houston to improve the health and safety of residents living in the shadows of oil refineries, chemical plants, storage tanks, rail yards and pipelines in one of the largest concentrations of this industry in the world. Bryan has seen, firsthand, the devastation that has been wrought on Indigenous communities and people of color throughout the continent by the fossil fuel industry. He has witnessed environmental health impacts from climate disasters like Hurricanes Katrina and Harvey and he has lived through a series of man-made environmental disasters like the BP Drilling Disaster and several industrial fires, explosions and spills. Bryan Parras is a co-founder of Texas Environmental Justice Advocacy Services (t.e.j.a.s.) and currently works as an organizer for Sierra Club’s Beyond Dirty Fuels Campaign. Bryan has been working with local partners, policy makers and local governments to identify potential health threats to vulnerable communities living in high risk areas like the Houston Ship Channel which has already been identified as a health threat by local research institutions and health professionals. His journey has taken him from the Tarsands of Alberta in Canada to the Amazon Rainforest in Peru. He has appeared in various newspapers across the globe, been interviewed on many international newspapers and continues to produce his own work as well. Bryan has participated in the Environmental Justice Movement, the Climate Justice Movement, The Peoples Health Movement, The Immigrant Rights Movement and more. Bryan has always worked to build intersectional movements from the bottom up. Bryan is a trained facilitator of Theater of the Oppressed techniques, a graduate of The University of Texas at Austin. He has worked as an organizer, a journalist and as an artist.

We acknowledge that this event will take place on the unceded and traditional Territory of the Songhees, Esquimalt and WSÁNEĆ peoples. 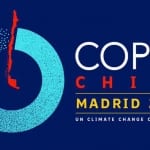 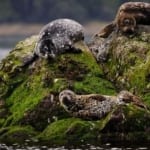