Groups say B.C. government has failed to present plans to cut carbon pollution from the oil and gas sector or meet climate targets for 2025, 2040, and 2050.

“Climate change is destroying lives and livelihoods in British Columbia now. After years of missed targets and broken promises, this law was meant to herald a new era of transparency and accountability in climate action. Instead, the government has failed to show us how it will meet its climate targets and broken its own laws in the process. When you fail to plan, you plan to fail; the people of British Columbia won’t tolerate any more climate failures,” said Alan Andrews, Climate Program Director at Ecojustice.

The Climate Change Accountability Act requires the government to publish annual reports on how it plans to make progress towards all its climate targets. The 2021 report falls woefully short, by failing to include a plan for the 2025, 2040 and 2050 climate targets. It also omits the government’s plan to cut carbon pollution from the oil and gas sector, which could rapidly grow in coming years – fueled largely by the B.C. government’s support for fracked gas.

“Accountability means accepting responsibility for one’s actions. The climate emergency leaves no room for error. After decades of failure, our window to take action to combat the climate crisis is rapidly closing. B.C.’s climate targets build on each other and achieving them depends on each sector meeting its target,” said Jens Wieting, Senior Forest and Climate Campaigner and Science Advisor at Sierra Club BC. “Without specific and detailed plans, the people of this province cannot trust that their government is serious about doing its part to combat the climate emergency.”

This failure undermines the B.C. government’s climate leadership credentials, falls foul of its legal commitments to transparency and accountability on climate action, and risks locking the province into a high carbon future.

“The public has a right to know if their government has a real plan to tackle the climate crisis”. Through this litigation, we intend to find out,” said Andrews.

The latest report from the Intergovernmental Panel on Climate Change (IPCC) released in February showed that close to half of the world’s population is already exposed to increasingly dangerous climate impacts and that any further delay in concerted global action will miss a brief and rapidly closing window to secure a livable future.

Canada is among the top ten global polluters and like Canada, British Columbia has failed to meet emission reduction targets for over a decade. B.C.’s emissions have increased every year during the last five years data is available for (2015-2019) and remain higher than in 2007, the baseline year chosen by the province.

The provincial Climate Change Accountability Act, 2019 establishes several GHG pollution reduction targets for B.C. over the next 28 years. Under this law, the B.C. Minister of Environment and Climate Change is required to publish an annual Accountability Report, describing B.C.’s progress on reducing GHG pollution. The Report must include plans for how the province will continue to pursue each of its targets.

The 2021 Accountability Report fails to explain how B.C. will continue progress towards achieving four of its legislated targets; the 2025, 2040, and 2050 targets as well as a crucial 2030 target for the oil and gas sector. Achieving net zero by 2050 requires meeting every target on the path between 2025 and 2050, for every sector of BC’s economy. If one target is missed, this could lead to other targets being missed in the future.

This Act was introduced specifically to increase the “frequency and specificity of the information required to be reported” to lawmakers and the public.

Plans to meet all of BC’s climate targets are crucial in ensuring that B.C. can transition to a low-carbon economy over the next 28 years. Achieving the 2025 target would lay the groundwork for the government to hit their longer-term targets for 2030, 2040 and 2050. A plan to meet the oil and gas sector target is crucial to ensure that one of the most polluting sectors of the economy does its fair share towards meeting provincial targets, instead of undermining them by increasing fossil fuel production.

Despite the climate emergency, the B.C. government continues to support and subsidize the expansion of fracking operations and construction of the LNG Canada terminal in Kitimat. Unless stopped, this project will drastically increase emissions in 2025, the same year B.C. emissions are supposed to be 16 percent lower than in 2007. LNG Canada and other proposed LNG terminals would almost certainly make it impossible to meet 2030, 2040 and 2050 targets.

Sierra Club BC is an environmental non-profit working to support people stewarding abundant ecosystems and a stable climate, while building resilient, equitable communities. The organization strives to do this by upholding Indigenous rights and title, reconnecting children and youth with nature, supporting grassroots-led climate action, and advocating for old-growth protection, a rapid shift away from fossil fuels and a just transition for industry workers. 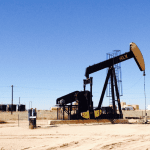