VICTORIA—A coalition of environmental groups today called on Prime Minister Justin Trudeau to keep the proposed Site C dam out of Canada’s climate strategy to be presented at the Paris climate talks later in November.

“We ask that the federal government recognize that Site C is not a climate solution, and that it not give support to the B.C. government in Paris regarding Site C,” said the letter, addressed to the Prime Minister and members of the climate committee chaired by Stephane Dion. “When combined with strong opposition from Treaty 8 First Nations, and international concern over impacts to the Wood Buffalo National Park, Canada’s support for this megaproject would interfere with achieving many of the goals you have set for your government and the country.”

The letter described Site C as a “net contributor to climate change” through direct emissions, loss of carbon sinks, and indirect emissions caused by using hydro electricity from Site C to facilitate fracking and LNG development, whose climate pollution is comparable to coal. Site C would also “significantly hamper any meaningful attempts to increase food security resilience and adaptation to climate change,” the letter said.

“Climate change is hitting us with extreme weather, and already we’re seeing a loss of agricultural production in south-western US, on which we depend for our food imports,” said Sierra Club BC campaigner Ana Simeon. “Peace Valley farmland is capable of providing fruits and vegetables for one million people. Northern lands like the Peace Valley can play a crucial role in making sure that Canadians can affordably feed ourselves despite disruptions in world food supply. Building megaprojects on prime agricultural land is the opposite of a credible climate strategy.” 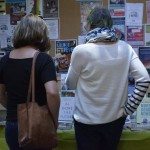