VANCOUVER / PORT HARDY xʷməθkʷəy̓əm, Sḵwx̱wú7mesh, səlilwətaɬ AND Kwagu’ł TERRITORIES — A recent radar survey revealed endangered marbled murrelets are likely to be nesting in the Ada’itsx (Fairy Creek) watershed and surrounding areas. The survey, completed by wildlife consultant Bernard Schroeder, confirmed adult murrelets flying in from the sea and circling — behaviour that is indicative of nesting sites. They were spotted near an unprotected area of old-growth forest set to be logged by Teal Jones.

In early July, a group of birders raised the alarm that marbled murrelets were nesting in the area. Together there have been over 240 marbled murrelet sightings, confirmed by registered biologists.

Both the federal and provincial governments have been notified of the marbled murrelet sightings but this hasn’t resulted in a comprehensive plan to protect the birds. Sierra Club BC and Wilderness Committee have notified the Pacheedaht, Ditidaht and the Huu-ay-aht to help inform their ongoing long-term land use planning work.

“This finding reveals how valuable ancient forests are to species at risk of extinction and shows that both the B.C. government and Teal Jones are either unaware of at-risk species in these forests or unwilling to take the action needed to protect them,” said Conservation and Policy Campaigner for the Wilderness Committee Charlotte Dawe. “It’s the federal government’s responsibility to step in when the province is failing species at risk and they are failing.”

The federal Migratory Birds Convention Act protects marbled murrelets. The provincial Wildlife Act only protects a marbled murrelet nest if it’s occupied. Nest detections of many birds are incredibly rare, as a number of species — including marbled murrelets — build hidden and unobtrusive nests on thick moss and lichen-covered branches in old-growth forests, usually at least 40 feet above ground, which makes surveying incredibly difficult.

“We theoretically have laws to protect species and combat extinction, but these laws are only as real as politicians are willing to utilize them,” said Mark Worthing, Coastal Projects Lead at Sierra Club BC. “We need governments to stop coddling logging companies and instead coordinate all levels of government towards implementing Indigenous governance and stewardship practices and to activate the tools in the Species at Risk Act. Without leadership that can get the job done species will continue to go extinct forever.”

“Marbled murrelets build nests to be undetectable to predators like eagles, so we humans have an incredibly low chance at finding one,” said Dawe. “Logging companies have a financial interest in these nests being undiscovered and the B.C. government is not doing enough to locate them, and so murrelet habitat remains unprotected even if we know they’re living in a specific area.”

Under the federal Species at Risk Act, a clause allows the federal government to take over provincial land management if they believe the province fails to protect the critical habitat of a species at risk effectively.

Marbled murrelet expert Alan Burger says the forests on southwest Vancouver Island support some of the highest densities of nesting murrelets anywhere in their range. These forests are critically important to meeting Canada’s stated goal of protecting the endangered bird’s habitat.

“More research is needed in this area before it’s logged — we need to know what species are relying on this forest so that informed decisions can be made,” said Dawe. “Marbled murrelets have their young in nests right now and they will not recover if they are destroyed by logging. We need the federal government to act.”

Images can be found here: https://drive.google.com/drive/folders/1bpTGqvF_-TunhaKSij08UInE2JS397rJ?usp=sharing

Media Centre
Thank you for registering to our ‘Reimagining our relationships with all... 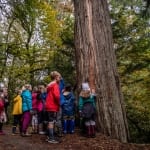 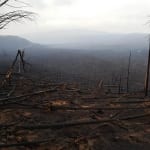