VANCOUVER – Ecojustice and Sierra Club BC are taking the province to court over an unparalleled decision to exempt two dams from environmental assessments — after they’d already been built.

Ecojustice, on behalf of Sierra Club BC, launched an application for judicial review in the British Columbia Supreme Court on Monday.

The groups argue that the province violated its Environmental Assessment Act by retroactively allowing Progress Energy to skip environmental assessments for its Lily and Town dams. Both dams are located in British Columbia’s northeast.

“B.C. requires environmental assessments for a reason: to protect communities and the environment. The government must follow its own rules, or it risks putting people, species and ecosystems in harm’s way,” Ecojustice lawyer Olivia French said.

The Canadian Centre for Policy Alternatives first reported on the existence of Progress Energy’s Town and Lily dams early last year. Since then, it has reported on “dozens” of other unlicensed dams built by Progress and its competitors to store freshwater used in natural gas industry fracking operations.

The Town and Lily dams both qualify as “major projects” under B.C.’s Environmental Assessment Act and should have triggered environmental assessments before being built.

Instead, Progress Energy, a subsidiary of Petronas, built the dams without environmental assessments. The company only applied for exemptions from the B.C. Environmental Assessment Office once it had been caught violating the law.

The province retroactively granted exemptions for both dams in July 2018 — a move the Canadian Centre for Policy Alternatives called “unprecedented.”

“The provincial government’s decision to retroactively exempt Progress Energy from following the law is deeply irresponsible,” said Sierra Club BC communications director Tim Pearson. “If the decision is upheld, B.C.’s ‘wild west’ reputation for patchwork environmental laws and lax enforcement will only get worse. It is unconscionable that our government is letting corporations ignore the law and get off scot free.”

According to the province, environmental assessments are tools to ensure projects “meet the goals of environmental, economic and social sustainability.” They also give the public an opportunity to weigh in on large projects.

It is possible that assessments would have shed light on ways the Lily and Town dams threaten their surrounding environments and forced Progress Energy to address these problems.

Ecojustice and Sierra Club BC say that in addition to building the dams without environmental assessments, it appears that Progress Energy may have also acted out of compliance with dam safety regulations and without necessary Water Sustainability Act permits.

Ecojustice, Canada’s largest environmental law charity, goes to court and uses the power of the law to defend nature, combat climate change, and fight for a healthy environment for all.

Sierra Club BC works to defend B.C.’s wild places and species, within the urgent context of climate change. 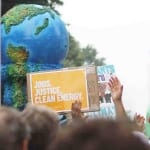 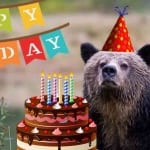