“Today’s decision is a major disappointment.

“Treaty 8 First Nations deserve to be heard on the question of whether flooding more than 100 kilometres of the Peace River and its tributaries would be an infringement of their treaty rights. This question needs to be addressed before the Peace Valley is flooded.

“The provincial government’s decision to push forward with the Site C dam against the wishes of First Nations is a big step backward in the process of reconciliation.

“The Site C dam is a costly cultural, environmental and economic mistake. A major landslide still underway near the dam site highlights safety concerns for those living nearby and raises the spectre of BC Hydro ratepayers footing an ever-growing bill for the $10.7 billion dam. We are paying to subsidize the cost of electricity for oil and gas corporations like LNG Canada whose fracked gas operations will make our provincial climate targets impossible to meet.

“It is the responsibility of our provincial and federal governments to hit pause on the project until – at the very least – Treaty 8 First Nations can have their day in court on the question of treaty infringement.

“There is still time to cancel the dam, save billions of dollars of public money, and move forward again with reconciliation and our governments’ commitments to uphold the United Nations Declaration on the Rights of Indigenous Peoples.”

Site C is the largest of many industrial projects in Northeastern B.C., which is Treaty 8 territory. Nations such as West Moberly and Prophet River have the legal right to hunt, fish and continue their cultural practices, but with roads cutting through the landscape to make way for new fracking wells, undisturbed land and clean water is in short supply. The cumulative impacts from industrial harms has all but been ignored by the provincial and federal governments. 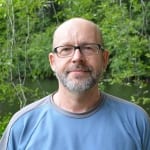