TRADITIONAL COAST SALISH TERRITORIES (Vancouver, BC) — On the fourth anniversary of the landmark Great Bear Rainforest Agreements, environmental organizations are warning that the implementation of remaining key protection measures for the region’s coastal temperate old-growth rainforests are significantly delayed. Greenpeace, Sierra Club BC, and Stand.earth are calling on governments and the major logging companies to address the delays, especially in light of the climate and biodiversity crises.

In February 2016, First Nations and British Columbia signed the final iteration of 15 years of Great Bear Rainforest Agreements, protecting 3.1 million hectares of coastal temperate old-growth rainforests and leaving 550,000 hectares open to industrial logging, with commitments to implement stringent environmental logging standards. The Agreements were announced with the support of environmental organizations and major logging companies operating in the region.

Four years later, a number of components of the Agreements vital for the environmental health of this world-renowned rainforest are still not fully implemented.

“The world celebrated when the Great Bear Rainforest Agreements were signed in 2016,” said Tzeporah Berman, International Programs Director for Stand.earth. “But when the spotlight turned off, logging companies continued to target the biggest trees they could without the measures we agreed to.”

Despite promises, there is still no framework for both the oversight and monitoring of the impacts of industrial logging in the Great Bear Rainforest. In areas open to logging, the 2016 Agreements required planning to protect ecological and cultural values. Out of close to 200 areas, zero plans have been completed. These plans include the most endangered ecosystems (such as mature douglas fir and cedar), which were required to be completed by 2018.

“The Great Bear Rainforest and the Agreements for its protection are a global legacy for future generations, but only if they are fully implemented,” said Jens Wieting, Senior Forest and Climate Campaigner for Sierra Club BC. “Continued logging without finalized plans to protect endangered rainforests and ecosystems would create serious ecological risk. Moratoria for at-risk forests are needed immediately to prevent further ecological damage and implement the missing regulatory safeguards.”

“Important things have been achieved through these world-renowned conservation agreements, such as First Nations having increasingly greater say over their territories and the seeding of a conservation-based economy,” said Eduardo Sousa, Senior Campaigner at Greenpeace Canada. “However significant foot-dragging by the big companies is creating uncertainty for the ecological well-being of the forest.”

Greenpeace, Sierra Club BC, and Stand.earth continue to strongly support the accomplishments and vision of the award-winning Great Bear Rainforest Agreements, as well as its robust implementation, in line with Indigenous rights and knowledge. 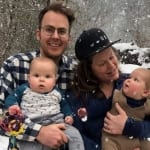