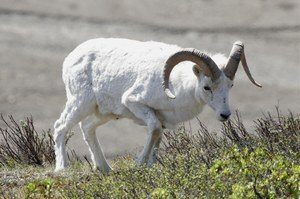 Dall’s sheep have hooves, thick white wool often stained by the soil, large curled horns and they can weigh up to 100 kilograms for rams and 60 kilograms for ewes. They have great eyesight and an excellent sense of smell.

They are found in the Yukon, Northwest Territories and the very northwest corner of B.C. Dall’s sheep like open rocky areas with cliffs and slopes where they can escape from predators. They usually try to find places with less snow in the wintertime.

Dall’s Sheep eat grasses, willows, and fireweed in summer and woody plants in the winter. They need salt licks to get minerals. Adults separate into groups of males and females that meet only when it’s time to mate.

Moms give birth to one baby on a cliff or rocky ledge in spring or early summer. The lamb stays with its mother for almost six months and they usually live for eight or nine years. Wolves are one of their biggest predators but people also hunt them.

COSEWIC: Not at Risk
CDC: Blue: There are only about 200 or 300 Dall’s sheep in BC due to hunting, mining and forestry disturbances. 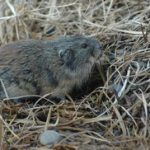 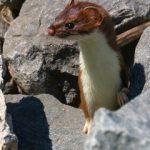