Sierra Club BC is asking BC Timber Sales to hold off auctioning cutblock A87125 in the highly fragmented landscape near Elphinstone Provincial Park.  A recent Sierra Club BC analysis of remaining intact forests shows this area among those with the highest levels of ecological risk and very little old-growth left on the south coast, and is the most impacted dry-forest area as a result of logging and development, increasingly combined with climate impacts like extended drought conditions.  The proposed cutblock is 60% Douglas Fir forest cover.  Permitting logging between BC Parks land parcels further fragments the landscape beyond the point of no return.

The current Mt Elphinstone Provincial Park is divided into 3 separate ‘island’ parcels protecting only 139 hectares of land across the lower mountain slopes, between the growing communities of Gibsons and Sechelt on the lower Sunshine Coast.  The Park is about 1/4 the size of Stanley park, split in to three separate areas many kilometers separated from one another.  The surrounding Crown lands offer high-value recreation, and on-going environmental services in an inter-urban zone. BC Parks states that the existing Elphinstone Park is “vulnerable to adjacent logging”.  A park expansion initiative or more logically put – a park connection initiative is needed in order to maintain ecological integrity and connectivity across the landscape.

The shishalh (Sechelt) nation made a declaration in November 2014 stating their opposition to further industrial development in the identified zone. Sections of the expanded area (east of Roberts Creek) fall within Squamish First Nations territories who have not made public comment.

Sierra Club BC is calling on the Provincial Government and local authorities to rescind the auctioning of this cut block and commence a comprehensive Park expansion/connectivity implementation process through engagement with the Squamish and Shishalh Nations and local communities.  Forest licensees and operators are encouraged not to bid on BC Timber Sales auction of cutblock A87125. 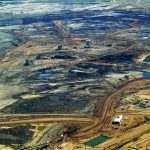