VICTORIA—Budget 2016 kicks the climate can down the road yet again, growing emissions, failing to invest in genuinely clean renewable energy, and failing to act in any meaningful way on climate adaptation and food security.

“This budget shows B.C. isn’t even following, much less leading, on climate,” said Sierra Club BC communications director Tim Pearson. “The vaunted Climate Leadership Plan doesn’t even rate a mention and remains a set of inadequate recommendations, with no guarantee they will be implemented.

“The carbon tax remains frozen, with no indication it will be increased in 2018, while LNG remains a priority—a recipe for climate disaster.”

The government also receives a failing grade for its continued commitment to building the Site C megadam. The throne speech emphasized the importance of agriculture and food security as climate impacts such as drought increase. Yet Site C, an enormously expensive and unneeded boondoggle, would flood productive farmland capable of providing fruit and vegetables to one million British Columbians.

“We have seen the tragic droughts affecting California’s farmlands, causing our produce prices to climb steadily higher. We need to protect our province’s food-producing lands. They are a strategic asset of the highest public interest for the province and the nation,” said Pearson.

“We have clean energy alternatives in dire need of government investment. Supporting development and innovation in solar, wind, tidal and geothermal will provide jobs and drastically reduce emissions. Yet in the past few days, the Canadian Wind Energy Association announced it was pulling out of B.C., demonstrating that Site C is squeezing out cleaner, greener energy alternatives.”

The closest this budget gets to acknowledging the impacts of climate change is in increased funding for wildfire mitigation and prevention, flood mitigation and emergency response and the health of the land base. These are welcome measures, but are drops in the bucket in comparison to the scope and scale of the challenges presented by increasing climate impacts.

Meanwhile, old-growth forest, one of our best allies in the fight against climate change continues to be logged, and biodiversity, which enables natural systems to sustain us, receives inadequate protection.

“This budget shows a government that, to the extent it acts on climate, seems content to offer a few measures to address the symptoms, while failing to attack the underlying causes,” said Pearson.

“We want to see the B.C. government develop a comprehensive climate adaptation plan for the province. Informed by science, this plan needs to address climate impacts including sea-level rise, erosion, extreme weather events and ecosystem changes, and must increase the protection of critical lands for food production and drinking water.” 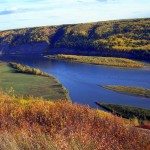