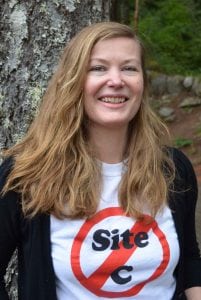 Britton was born and raised in California, in Tongva territory, and considers her longest relationship to be with the Pacific. She is of and mixed Métis (Saulteaux/Swampy Cree/Irish/Scottish—with family names McNab, McDermot, Logan), Jamaican, and British on her mother’s side; and Irish/German, on her father’s. She and her partner live in T’Suk territories (Sooke) and are proud mothers to two: Callum and Myles.

In her role as Manager, Grants and Partnerships, Britton coordinates, submits, and tracks all grant proposals and reports for Sierra Club BC’s many projects and campaigns. She is also responsible for stewarding charity/non-charity partnership arrangements and is always on the lookout for new development opportunities.

Her first foray into grant writing was a request made to the Sierra Club more than a decade ago—the seed money helped set up a water quality task force for her hometown estuary, the Upper Newport Bay. She’s never forgotten how critical solid financial footing is for grassroots environmental conservation and campaigns.

While attending college in Santa Barbara, she tabled for Sierra Club alongside pal Anni Muir against drilling in the Los Padres National Forest. As a volunteer naturalist, she cut her teeth in habitat restoration, bird banding at Starr Ranch, and non-native invasive species management.

After receiving a degree in English and Biological Sciences from University of California, Irvine, Britton worked as a reporter for a number of years in Guanacaste, Costa Rica before moving with her partner to Vancouver Island. Her favourite interviews include National Geographic’s Greg Marshall and primatologist Dr. Jane Goodall.

While working toward a post-baccalaureate diploma through UVic’s Restoration of Natural Systems (RNS) program, she collaborated on various environmental materials and publications, including a pocket guide to the urban forests of Victoria, co-authored with Dr. Val Schaefer. Her post-bacc capstone project, Terrestrial Ecosystem Mapping Site Series Descriptions of the Homer McCrea Covenant, was awarded the Dr. Lorene Kennedy Environmental Studies Award.

In her free time she enjoys birding, bodysurfing, traversing the Sooke Hills and San Juan Ridge with her family, and keeping her Spanish honed with anyone who will listen.

Media Centre
Residential neighbourhood no place for an open-pit mine 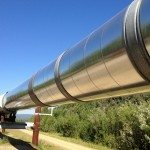