Last month, a field team documented clearcutting on steep slopes, logging immediately beside creeks and riparian zones and degradation of cultural ecosystems in some of the last largely intact watersheds on Vancouver Island. Basic archeological assessments of the forests and ecosystem integrity analysis was conducted in the impacted areas of the Upper Tsitika Valley, Naka Creek, Tessium Creek and Schmidt Creek, all of which drain into Johnstone Strait.

“I am sick and tired of government agencies and branches completely ignoring our rights and sovereignty,” said Rande Cook, Head Chief Makwala, Hamatam (Seagull) House of the Ma’amtagila Nation, part of the Kwakwaka’wakw people. “These logging corporations only want to consult with the First Nations they know they can get a pro-business outcome with. It’s fraught and it pits our community members against one another.”

BCTS is a standalone government agency managing around twenty per cent of the annual cut on provincial land. The B.C. government has committed to uphold the United Nations Declaration on the Rights of Indigenous Peoples (UNDRIP), which holds that Indigenous Nations have the right to free, prior and informed consent when it comes to resource extraction within their territories.

“It’s infuriating that clearcut logging of old-growth rainforests is happening in these important ecosystems without fulsome Indigenous consent,” said Torrance Coste, Vancouver Island campaigner for the Wilderness Committee. “The fact that this is being done by the government of British Columbia should make everyone’s blood boil.”

Controversial logging company Lemare Lake Logging, subcontracting for San Group and Supercut Lumber Ltd., is the primary operator for the current round of logging.

The risk of serious landslides so close to orca rubbing beaches at Robson Bight has local whale experts worried. Northern resident orcas rub themselves along beaches with a specific slope and size of rocks. Increased sediment from logging activities and human-caused erosion lead to the cumulative loss of these special ecosystem characteristics.

“It boggles my mind to think that this outdated practice is still legal,” said Mark Worthing, climate and conservation campaigner with Sierra Club BC. “The public trust has been deeply violated. The B.C. government and these logging companies no longer have the social licence to continue logging ancient forests.”

The B.C. NDP promised to “apply an evidence-based scientific approach to land use planning, using the ecosystem-based management of the Great Bear Rainforest as a model for managing old-growth forests.” But two years later, the B.C. government has not made any meaningful progress toward implementing this election commitment.

“The postponement of the blocks near the Juan de Fuca Trail is a good first step, but this is the furthest thing from an isolated incident — up and down the Island, BCTS is hammering old-growth without public input or proper consultation. It’s time for BCTS to suspend all current and upcoming auctions in old-growth forests,” Coste said.

Sierra Club BC, the Wilderness Committee and the Ancient Forest Alliance, along with tens of thousands of B.C. residents, have called on Premier John Horgan and Forests Minister Doug Donaldson to protect remaining old-growth rainforests in sensitive areas like Schmidt Creek, the Nahmint Valley and the Manning Park Donut Hole on the mainland. The B.C. government has ignored these calls to date.

For more information on threats to orca rubbing beaches from logging: https://sierraclub.bc.ca/proposed-old-growth-logging-on-vancouver-island-threatens-unique-orca-rubbing-beaches/ 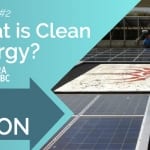 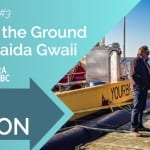 From the Ground Up: Haida Gwaii (Season 2, Ep. 3)
Scroll to top
MENU