For a full decade, B.C. forests have been releasing dramatically more carbon into the atmosphere than they have absorbed out of the atmosphere. 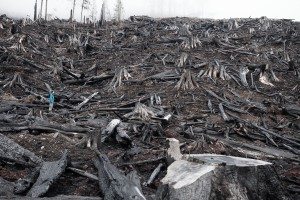 The change from carbon bank to carbon source is caused by a number of climate related factors including the Mountain Pine Beetle outbreak and an increasing number of forest fires; however, the largest contributing factor is poor forest management. Destructive logging practices like clear-cutting and slash-burning, especially in old-growth forests, are huge contributors to the carbon emissions from B.C. forests. Between 2003 and 2012 emissions from logging were a whopping 520 million tonnes of carbon dioxide

“B.C. forest management is making climate change worse, an alarming situation when our forests should instead be our best ally in the fight against climate change, like forests in many other parts of the world,” said Sierra Club BC campaigner Jens Wieting. “Unless the B.C. government wakes up and takes far-reaching action to increase conservation and improve forest management, our provincial forests will continue to contribute to climate change instead of slowing it down.”

The world’s forests offer us a spectacular service by absorbing carbon and giving us oxygen to breathe. They are also our only viable hope to reverse at least a portion of our carbon emissions. Only by taking immediate climate action will our forest return to being an ally in the fight against global warming. Sierra Club BC is calling on the B.C. government to make forest health a priority. By phasing out fossil fuel subsidies, the B.C. government could make $1 billion available to develop and implement a 5-year forest action plan that would restore the health of our forests.

“Restoring B.C.’s forests so that we are banking carbon rather than withdrawing it is necessary not just for our climate but also for water quality, salmon habitat and forest jobs,” said Wieting. “It won’t be easy but it is possible, if the provincial government shifts subsidies and support from fossil fuels to forestry and other climate solutions. We can create jobs that will reduce emissions, instead of increasing them, slow climate change down instead of speeding it up and support communities, the economy and forests instead of putting them at risk.”

Media Centre
A Marsh? A Bog? A Swamp? A Fen? 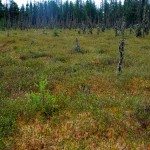