Read our Times Colonist op-ed published in advance of the release of the CleanBC plan.

On December 5, 2018, B.C. announced its new clean growth plan. CleanBC is a major step forward in the race to combat the climate crisis and secure a better future for British Columbians.

It’s a bold move to defend our communities from climate impacts and build a strong clean energy economy that works for everyone.

Premier John Horgan, George Heyman, Minister of Environment and Climate Change Strategy (and Sierra Club BC’s former executive director) and Andrew Weaver, climate scientist and leader of the BC Green Party, deserve genuine praise for what they’ve achieved in pulling this plan together.

CleanBC brings forward specific, concrete measures to get us 75% towards our 2030 carbon pollution reduction target. The plan commits to a full accounting of how it will achieve the remaining 25% with the next 18-24 months.

We especially like the accountability mechanisms that are built into the plan, which will be legislated, and will include annual reporting.

We’ll be watching to ensure that the climate advisory council has sufficient budget and capacity to do its work, can set interim sectoral targets and has the ability to revise pollution reduction targets in future in light of the latest science. 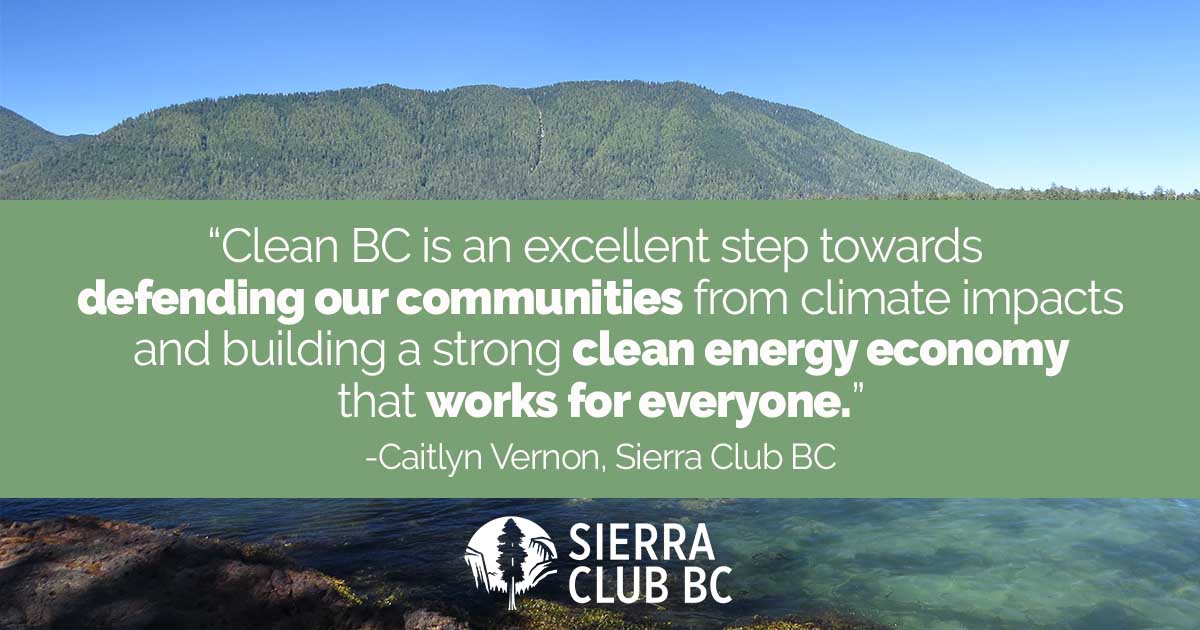 Is the plan perfect? Far from it. Its targets for the reduction of carbon pollution are not ambitious enough in view of the evolving climate science, as our senior forest and climate campaigner Jens Wieting has been highlighting ever since the targets were announced back in May.

As Jens stated, the most fundamental measure of accountability for climate leadership is whether it keeps our world below 1.5 degrees of warming. If we are to support livable communities into the future, we must reduce carbon pollution faster than currently planned, alongside all that is praiseworthy in this plan.

And that’s going to be a formidable challenge. The latest B.C. carbon pollution data, quietly released in December, show that provincial emissions were higher in 2016 than in 2015. Despite rhetoric about climate action, this means B.C.’s climate pollution increased in five of the six years between 2011 and 2016. We can anticipate that emissions will likely not have been reduced through 2017 and 2018 either.

We’re also concerned that this government continues to be committed to LNG, given the massive carbon footprint of the LNG Canada project alone. The provincial strategy leaves it unclear how much carbon pollution is allowed from LNG terminals, and what binding mechanism will be used to ensure they cannot increase above a certain level. Ultimately, it’s counter-productive to act to reduce carbon pollution on the one hand, while on the other hand expanding fossil fuel extraction.

And there no mention of how we will meet our 2050 pollution reduction targets.

But in today’s polarized world, in which far too many politicians and political parties are backsliding on climate, the CleanBC plan is a bold and welcome step forward. It will not only benefit those of us here today, it will also benefit future generations.

I was struck by the words of Musqueam Elder and knowledge keeper Shane Pointe at the plan’s announcement. He pointed to Xavier, the five-month-old baby of Energy Minister Michelle Mungall, telling us that we need to be acting today, not just for ourselves, but for the great-great-great-grandchildren of baby Xavier.

That is the vision and prioritization we must bring to the enormous challenge presented to us by the climate crisis. Actions today must be for the long, long term and must protect the needs of our upcoming generations.

In 2019, we’ll be working to help make the CleanBC plan even stronger.

While we work to improve CleanBC, we will also endorse and celebrate what’s good about the plan and encourage our family, friends and neighbours to support it too. Here in B.C., just like many other parts of Canada and the world, people are fearful of climate change and concerned that climate action will hurt them rather than help.

We need to show that climate action involves a just economic transformation that will provide new opportunities and good jobs, and will give British Columbia a competitive advantage over jurisdictions that cling to outdated fossil fuel investment.

We need to do this to ensure that the measures in CleanBC have the kind of staying power that is only possible with broad public support. I believe the climate crisis means we have to move beyond partisan conflict. Politicians and parties of all stripes need to come together and work toward our common good.

We’ll be working hard in 2019 to call on our governments for even bolder action on climate change. Please donate today to help us make this happen.

Donate to call for even bolder climate action 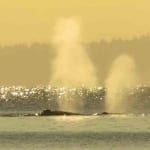