The panel called for a paradigm-shift to safeguard the biodiversity of forests in B.C. with a three-year framework, including logging deferrals for all at-risk old-growth forests within the first six months. Half a year later almost all at-risk forests remain open for logging and the B.C. government has not developed a plan with milestone dates and funding.

“Government promised a ‘new direction’ for old-growth forests and then spent six months dragging its heels and refusing to protect the most endangered stands,” said Andrea Inness, campaigner for the Ancient Forest Alliance. “The government published the recommendations six months ago, but it received the report containing them on April 30, 2020 — by any measure they’ve missed this crucial deadline.”

Endangered old-growth stands across the province continue to be targeted by logging companies and the exact forests the panel called for urgent action to protect are being lost. At the same time, the lack of a concrete plan is leaving First Nations and forestry workers with uncertainty about whether conservation, economic diversification and the transition to sustainable second-growth forestry will be adequately funded.

“As long as we continue to rely on a dwindling supply of endangered old-growth forests, B.C.’s forest sector will continue to face uncertainty and instability,” said Cam Shiell, environmental sustainability officer with the Public and Private Workers of Canada, a union that represents thousands of workers in the B.C. forest industry.

“The provincial government can’t delay action any longer, it must take meaningful steps to protect old-growth forests, lead the transition to sustainable, value-added second-growth forestry and create the forest industry of the future.”

“Promising a new direction and then avoiding any meaningful action to ensure the most at-risk old-growth forests are protected is not a ‘paradigm shift,’ it’s the same old talk and log,” said Jens Wieting, forest and climate campaigner at Sierra Club BC. “The evidence is clear: Premier Horgan’s government is likely the last one with a chance to save the last old-growth forests as a legacy for future generations.”

In its initial response in September, the province acknowledged status quo management of old-growth forests had “caused a loss of biodiversity,” recognized the “need to do better” and announced nine deferral areas encompassing 353,000 hectares. Horgan and the BC NDP have claimed these deferrals ‘protected old-growth,’ but a closer review revealed most of this area is either already under some form of protection or is second-growth forest and still open to logging.

According to independent experts, as of 2020, only about 415,000 hectares of old-growth forest with big trees remain in B.C., mostly without protection. Only 3,800 hectares or one per cent of the remaining fraction of this kind of forest was included in the government’s deferral areas. Old-growth logging continues at an average rate of hundreds of soccer fields per day, always targeting the biggest accessible trees that remain.

The old-growth panel report found broad agreement for a paradigm-shift to respond to the biodiversity crisis in B.C.’s forests which reflects polling results showing more than 90 per cent support for old-growth protection. The lack of social license or free, prior and informed consent for continued old-growth logging in the province is also highlighted by the ongoing blockades at Fairy Creek on unceded Pacheedaht territory (southern Vancouver Island), which have been in place for seven months.

“Nothing the Horgan government has done so far is preventing the most endangered old-growth forests in the province from being mowed down, and the public knows it,” said Torrance Coste, national campaign director for the Wilderness Committee. “The BC government must immediately defer logging in at-risk old-growth and commit substantial funding to support the economic diversification of First Nations and forestry communities to ensure the long-term sustainability of both jobs and the environment.”

Ancient Forest Alliance, Sierra Club BC and the Wilderness Committee will continue to mobilize their tens of thousands of supporters and hold the government accountable for its old-growth promises. The next report card will be issued on Sep. 11, 2021. 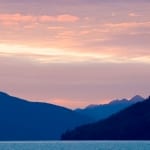 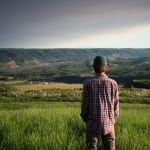 Photo by Louis Bockner. Sign up for our volunteer portal information session
Scroll to top
MENU