Promoting LNG development will prevent BC from meeting its climate targets

In response to today’s announcement by the BC government on its plan for encouraging the development of BC’s LNG industry, Sierra Club BC’s senior forest and climate campaigner Jens Wieting warns that any new LNG development would spell disaster for the climate.

“Today’s announcement is a new form of climate denial: the idea that we can build new fossil fuel projects that will cause millions of tonnes of additional emissions while reducing our emissions at the same time. By sweetening the pot for fracked gas export, the government is laying out a red carpet for investors to help destroy our climate.

“We are hugely disappointed to see the BC government courting an industry that so clearly spells disaster for our climate. LNG development would add fuel to the wildfires that have devastated BC in recent years. Forests are burning, coral reefs are dying, and glaciers are melting, but somehow our government believes they can have their cake and eat it too.

“It’s not possible to expand fracking and LNG export and meet BC’s climate targets. It’s time for this government to recognize that building new fossil fuel projects is incompatible with any meaningful climate action.

“Defending our communities and future generations from the ever-increasing impacts of climate change means strong targets and political commitment to achieve the necessary emissions reductions.

“Pretending that LNG is part of a climate friendly future is as ludicrous as Prime Minister Trudeau saying we need tar sands pipelines to fight climate change.

“It’s time these governments face reality with the courage to say no to fossil fuels and yes to the renewable energy solutions that are becoming more affordable and competitive every day. Investing in fracked gas and exporting more fossil fuel energy into an already flooded global market will only hinder the success of renewable energy.”

The provincial government quietly updated its greenhouse gas inventory in December, showing that emissions were higher in 2015 than in 2010 and have risen in four of the last five years. Ten years after the previous government legislated the target to reduce emissions by 33 per cent from 2007 levels by 2020 the province remains essentially in the same place where it started. British Columbia’s emissions are now 10 per cent higher than 1990 levels, in contrast to the European Union, which has reduced its emissions by 23 per cent over the same period.

The latest climate science shows that avoiding dangerous global warming higher than 1.5–2 degrees requires zero emissions by 2040 and peak emissions no later than 2020. Jurisdictions with very high carbon emissions per capita such as BC and Canada need to meet even more ambitious targets. 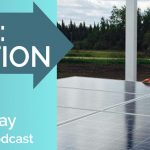 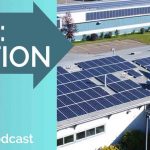 Episode 5: Who Owns Our Power?
Scroll to top
MENU