Sierra Club BC campaigner Jens Wieting and bear biologist Helen Davis react to the B.C. Legislative Assembly’s decision to move bear den protection bill forward to a second reading. The bill, tabled this morning by BC Green Party MLA Adam Olsen, proposes amendments to the B.C. Wildlife Act to include the protection of bear dens.

“The tabling of this bill is a good step towards ensuring bear populations and forests remain healthy. The importance of large trees as protective homes for hibernating bears has been known for over 30 years and it’s time that there is legal protection of these structures because many have been lost from forest harvesting over the last century.

This proposed legislation must be brought forward for further debate. The legislation should be easy for the B.C. government to implement because impacts on the cut on public lands would be minimal. This is because bear dens can be set aside as part of retention areas that are already required under the Forest and Range Practices Act. The importance of placing this legislation in the Wildlife Act is that it will protect bear dens on private forest lands, which are often the most heavily impacted forests.

“Large old-growth trees and logs are critical habitat for winter den sites used by bears in coastal B.C. as well as many other areas of the province where they are available. These dens protect bears from the elements, especially rain in coastal B.C., as well as from predators. Cubs need dens because they are born small and helpless, they need to nurse for over 70 days in a secure environment while they grow and gain strength before venturing out into the world in the spring. We urge the B.C. government to bring this legislation forward for second reading because it will help ensure there is a supply of safe winter dens for bears which is essential to retaining sustainable bear populations.”

“This is promising news for bears and forests around B.C. Currently, it’s still legal to log bear dens in most of the province. This much-needed bill aims to fix that.

“The B.C. government committed to a paradigm shift in forest stewardship to protect ecological integrity when it promised to implement all recommendations from the Old-Growth Strategic Review— this bill is an opportunity for the province to take an important step in this direction. Amending the B.C. Wildlife Act to include the safeguarding of bear dens would be a move towards creating a more respectful relationship with the forests and beings we share this province with.

“It is essential that these amendments become reality. There is overwhelming support for this bill, with thousands of British Columbians calling for the protection of denning sites. We urge the province to ensure that bears and the habitat on which they rely are legally protected.”

Photos for media use: https://drive.google.com/drive/folders/13iNTdhQkgzb52uilESQwYb_q3DiJlipz?usp=sharing

Media Centre
Sierra Club BC and Ecojustice in court to call for accountability on climate... 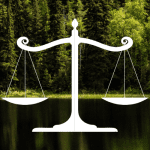 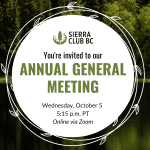