VANCOUVER – Environmental groups are calling on the BC government and mining companies to commit to better practices and stronger regulations to protect the environment and communities from industrial pollution.

Just as Premier Christy Clark announced last week more subsidies for the mining industry, the Wilderness Committee today unveiled a new publication – produced with support from MiningWatch Canada and Clayoquot Action – demanding that BC’s mining industry be constrained by tougher environmental laws governing the creation, storage and disposal of mine waste. Last month, the environmental organization released a short video calling for mine tailings “ponds” to be banned, in order to avoid disasters such as the Mount Polley tailings dam failure in August 2014.

“We believe that BC’s outdated mining regulations are in fact downright dangerous to human health, the economy and the environment – including water quality and the province’s world famous wild salmon runs,” said Wilderness Committee National Campaign Director Joe Foy. “That’s why we are teaming up with likeminded organizations to demand that the BC government clean up the province’s mining industry,” he said.

“We are pleased to work with the Wilderness Committee and other BC organizations to make the case that stronger mining regulations can not only help protect the environment, but also shelter taxpayers from billions of dollars in mine clean-up and public health costs down the road,” said Ugo LaPointe of MiningWatch Canada.

In addition to the risks British Columbians face as a result of mine pollution, taxpayers in the province are also helping to foot the bill for rising power costs at BC mines. BC Premier Christy Clark recently pledged to allow mining companies to defer their electricity bills, and Mines Minister Bill Bennett has said companies may also avoid hydro rate hikes to help mine operators dealing with financial difficulties.

“It simply makes no sense to subsidize mining companies with low electricity rates, while British Columbians are faced with rising Hydro bills, clean-up costs and toxins in their waterways,” said Ana Simeon of Sierra Club BC. “It’s time for the provincial government to send a strong signal to the mining industry that they can’t get away with practices that endanger the health of our rivers and the livelihoods that depend on it.”

“This is not just a British Columbia issue,” said Will Patric, Executive Director of Rivers Without Borders. “In southeast Alaska, where wild salmon fishing is a way of life and the biggest driver of the economy, there is tremendous concern about an under-regulated BC mining industry putting the headwaters of rivers that flow into Alaska at risk. It’s time to bring BC mining law in to the 21st century.”

The Wilderness Committee publication, entitled Cleaning up BC’s Dirty Mining Industry, is being distributed throughout BC and into Alaska. The publication can be found online at:https://www.wildernesscommittee.org/publication/cleaning_bcs_dirty_mining_industry

Media Centre
Tune in, Turn off and Go Outside! 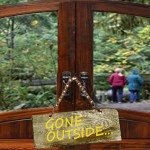