After reviewing provincial logging plans, Sierra Club BC fears that BC Timber Sales (BCTS) intends to log 8,800 hectares of intact ancient rainforest in the coming years on Vancouver Island alone. This is six times more than reported in an April 4 Sierra Club BC media release regarding BCTS 2019 operations, following further research of provincial data.

The plans include cutblocks in close proximity to the Juan de Fuca Marine Trail near Port Renfrew. The area of old-growth forest logged would be equivalent to the size of twenty-nine Cathedral Groves. Also known as MacMillan Provincial Park, Cathedral Grove contains 301 hectares of forest.

“The B.C. government is logging old-growth like there is no tomorrow. This is irresponsible,” said Jens Wieting, Sierra Club BC’s senior forest and climate campaigner. “Concerned citizens have a right to know how much old-growth remains and how much must be set aside to protect species and communities before more ancient trees are cut.”

Sierra Club BC discovered the full extent of proposed logging while reviewing BCTS’ Multi-Year Development Plan for Vancouver Island. Combining this information with its previous review of blocks in the 2019 sales schedule, Sierra Club BC found that BCTS logging operations could target 14,719 hectares of forest, including 8,806 hectares of intact rainforests older than 140 years in the coming years (the majority being older than 250 years).

Proposed clearcutting close to the Juan de Fuca Marine Trail and provincial park near Port Renfrew, in the territory of the Pacheedaht Nation, has recently sparked outrage. The B.C. government has extended the deadline for this sale from April 26 to May 10. Once a sale goes through, it will be more costly to stop the proposed clearcut logging.

“Endangered old-growth forests are not a renewable resource, given our changing climate. Once logged, these forests as we know them are gone forever,” said Sierra Club BC’s campaigns director Caitlyn Vernon. “It’s unconscionable that our government is rapidly logging these ancient trees. As we face increasing extreme weather events, defending intact forests is crucial for the health and resilience of our communities.”

The B.C. government does not share detailed information about how much of the original old-growth remains in each ecosystem on Vancouver Island, how much of the original old-growth is set aside or what science-based clearcutting limit it uses to safeguard the species that depend on these ecosystems. Sierra Club BC data show industrial old-growth logging continues across all tenures on the Island at a rate of more than three square metres per second, or about thirty-four soccer fields per day.

Jens Wieting and ecologist Andy MacKinnon will be available to answer questions about Vancouver Island’s old-growth crisis during the next Sierra Club BC old-growth webinar on Thursday, May 2, 12pm – 1pm PDT:
https://sierraclub.bc.ca/forest-webinars/ 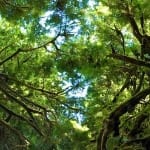 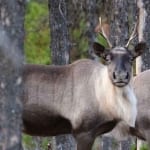