More than 1,300 hectares of old-growth clearcuts proposed across the island

In a review of BC Timber Sales’ (BCTS) sales schedule, environmental organizations Elphinstone Logging Focus (ELF) and Sierra Club BC have found the provincial government agency is proposing cutblocks across the last intact old-growth rainforest areas on Vancouver Island adding up to more than 1,300 hectares. The area, equivalent to the size of more than three Stanley Parks, is intended to be auctioned for industrial clearcutting in 2019.

“Vancouver Island’s ancient rainforests have helped sustain Indigenous cultures, a vast array of plants and animals and a stable climate since the last ice age. The province shouldn’t risk eliminating rare species and plant communities across these blocks,” said Ross Muirhead, a forest campaigner with ELF who monitors BCTS’ logging developments. “Destroying the last great old-growth stands is a huge mistake that will be looked back upon by future generations as a huge travesty. Remaining intact forests are needed to create linkages within highly fragmented landscapes and to avoid tipping points when it comes to climate change and species extinction.”

The majority of the proposed cutblocks target intact productive rainforest ecosystems that have only a fraction of their original extent remaining. These areas are at high risk of losing the plant and animal species that depend on them.

The B.C. government does not share detailed information about how much old-growth remains in each ecosystem, how much is set aside or what a clear logging threshold should be to protect what’s left. Sierra Club BC data shows that industrial old-growth logging continues at a rate of more than three square metres per second, or about thirty-four soccer fields per day.

The groups analyzed BCTS’ sales schedule for October 2018 to September 2019. Government data show the majority of the 1,300 hectares listed are forests with an age of 140–250 years. This means they have not previously been logged by industry and have most of the features of old-growth stands older than 250 years. As big trees older than 250 years become increasingly rare, trees older than 140 years become more important to protect as remaining habitat for old-growth dependent species like marbled murrelets and spotted owls.

The largest concentration of proposed cutblocks is near Sproat and Nahmint Lakes in Hupacasath and Tseshaht territories close to Port Alberni. Other areas are near Sayward (Ma’amtagila territory) and Gold River (Mowachaht/Muchalaht territory).

“Logging 1300 hectares of scarce, carbon-rich, old-growth forest is about the worst action a B.C. government agency could take for climate change mitigation and forest resilience on Vancouver Island. These clearcuts will release hundreds of thousands of tonnes of carbon dioxide and destroy more temperate rainforest and diverse forms of life.” said Dr. Jim Pojar, ecologist and author of a milestone 2019 report on forestry and carbon.

Sierra Club BC and a number of other environmental organizations are calling for immediate action to protect remaining intact old-growth in order to safeguard threatened species, Indigenous values and a liveable climate. The NDP’s 2017 election platform included a commitment to act for old-growth, promising to take “an evidence-based scientific approach and use the ecosystem-based management of the Great Bear Rainforest as a model.” But the B.C. government has not yet taken any meaningful steps to protect endangered coastal and inland old-growth ecosystems outside the Great Bear Rainforest.

Recently, the B.C. government stated that it is working on an old-growth strategy. However, environmental organizations have been waiting for details and timelines for months, including updates on what interim steps will be taken before almost all of the remaining endangered ancient forests are logged.

Background on BCTS logging in Schmidt Creek near orca rubbing beaches in 2018:
https://sierraclub.bc.ca/enviro-groups-and-indigenous-leaders-condemn-logging-of-rare-old-growth-rainforest-by-bc-government/ 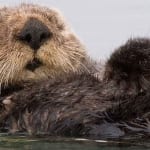 From Acorn to Wren: The Lost Words
Scroll to top
MENU