The latest B.C. carbon pollution data, quietly released in December, show that provincial emissions were higher in 2016 than in 2015. Sierra Club BC is warning that despite rhetoric about climate action, this means B.C.’s climate pollution increased in five of the six years between 2011 and 2016.

In 2016, provincial emissions increased by 1.5 per cent compared to 2015 and were only 2.9 per cent below the baseline reporting year of 2007. In light of economic growth and lack of new climate action, it can be anticipated that emissions will likely not have been reduced through 2017 and 2018 (for which data is not yet available).

“This latest data makes the recent CleanBC plan announced in December all the more important and urgent. It’s these kind of tangible steps—and more—that are needed if we are to finally begin to reduce climate pollution,” said Jens Wieting, senior forest and climate campaigner with Sierra Club BC. “Yet the government didn’t say a word about the ongoing growth of B.C.’s emissions, as shared in data posted on the government’s website later that same day.

“The B.C. government promised accountability as part of their climate strategy. Accountability begins with a real effort to share pollution information with the public. It should not be the task of Sierra Club BC to send out a press release about the fact that B.C.’s emissions continue to go up,” said Wieting. “The province has shown leadership with CleanBC, outlining how some of the needed emission reductions can be achieved. We need the same leadership when it comes to informing British Columbians about the inconvenient truth that our pollution continues to grow at a time when the province is still cheering on new fracked gas infrastructure.

“British Columbians deserve to know that we have a growing pollution problem. By leaving the public in the dark, the government isn’t providing any accountability for what has and hasn’t worked in the past when it comes to reducing our climate pollution. The recent data shows the absurdity of going ahead with new fracked LNG projects and pipelines at a time when the climate emergency requires rapid cuts to climate pollution.”

The CleanBC plan showed steps to deliver 75 per cent of the required reduction to meet the provincial 2030 goal, but it remains unclear where the remaining 25 per cent will come from. And much more will be needed in order to meet B.C.’s legislated 2050 target (a reduction of 80 per cent compared to 2007).

“What’s clear is that building the Coastal GasLink pipeline and the LNG Canada project is counter to efforts to decrease B.C.’s climate pollution,” said Wieting. “In addition to the opposition from Wet’suwet’en hereditary leadership to the pipeline, these projects would release at least two years’ worth of the needed pollution reduction, making it harder to close the gap towards meeting the 2030 goal and likely impossible to meet the already-weak 2050 target.”

The provincial math assumes that building the Coastal GasLink pipeline and one half of the LNG Canada project will cause about four million tonnes of additional annual carbon pollution. This would be equivalent to two years’ worth of the needed annual reduction. However, the Pembina Institute estimates that if LNG Canada and its Coastal GasLink pipeline are fully built, additional emissions will be roughly nine million tonnes, equivalent to 4.5 years of the needed reduction in the next twelve years.

The B.C. government has still not presented any binding mechanism that would stop LNG Canada from building the second half of its project, even if this addition makes it impossible to meet B.C.’s emissions targets.

The latest carbon pollution data from the B.C. government can be found here:
https://www2.gov.bc.ca/assets/gov/environment/climate-change/data/provincial-inventory/2016/2016_provincial_inventory.xlsx 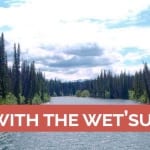 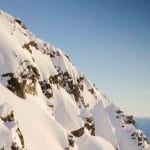