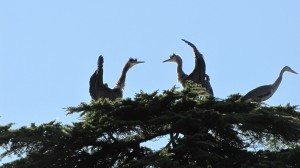 The other day, in breaking ground for new vegetable beds in the backyard, I found an empty wasps’ nest – a delicate honeycomb of hexagonal chambers. And just this morning on the porch steps, there was an owl pellet with a mouse tail in it. Mice are at home around here, nibbling on cedar seeds, sheltering in the tangle of grasses between the trees, bustling about on mouse errands in pursuit of mouse happiness. So too are the owls and hawks, keeping the ancient predator-prey balance in the midst of the urban hubbub.

Here on the Island, we all live on the edge of the wild. Perhaps all humans do, as the wild swirls through our very genome. We carefully plant and fertilize seedlings to “create”, as we call it in typical uppity human fashion, a flower border or a kitchen garden. Yet the seedlings would perish without the free gifts of thousands of wild soil-dwelling creatures: bacteria, nematodes, beetles, worms. Imported or native, wild or domestic, all members of the biotic community on our corner of Fernwood Road – buttercup, zucchini, Tom, Ana, lupin, mouse, owl and thousands of others – occupy appropriate ecological niches and participate in the exchange of energy and nutrients unique to this place. The Japanese Maple in our front yard is an introduced species, planted by the first homeowner in 1913. For many decades now it has been as self-sufficient as any native tree, subsisting on rainfall and sunlight and soil minerals. By contrast, our three salal shrubs, grown from native seed and then transplanted, require regular watering until they are established, which can take years. Which is wild and which is domestic?

A short bike ride to Vic West, and the display of wild nature in the city becomes even more resplendent. Sipping a latte on the terrace of Café Fantastico, I observe a dozen species in less than half an hour. A male Bewick’s Wren daringly claims a lamppost for a singing perch, then flits back into the bushes. A Raccoon saunters across the shipyard parking lot. Gulls wheel and swallows swoop; geese honk as they fly past. At my feet, a fledgling Chipping Sparrow, nearly adult-sized, follows his Mom around, shrugging his shoulders and screeching pitifully, even though there are plenty of crumbs he could pick up for himself – a well-practiced drill that the harried Mom falls for again and again. (Any similarity to readers’ own parenting experiences is a product of convergent evolution.)

Back in Fernwood, I decide the grass could do with a mow. I keep an ear out for the songbirds as I swing the scythe in a wide arc, cutting a swathe with each Tai Chi-like step. A series of trills rises above the chatter of chickadees and bushtits, a bright red gorget flashes among the leafage: a House Finch, the male of a pair that nests somewhere on the property. A moment, and he’s gone, leaving a sense of intense aliveness – in me, around me – reverberating for many minutes.

Such a small thing, feeling happy to see a bird in one’s own yard. Yet such a big thing, a convergence of many gifts. There is economic privilege, that great unmentionable, which even when worked for flows mostly from circumstances beyond our deserving. But not even the wealthy can enjoy a rich diversity of life if it is paved over or exterminated by pesticides. The fact that we live in a city where museums and coffee shops and shipyards exist cheek-by-jowl with Great Blue Herons, resident and migratory songbirds, and the occasional Black Bear, is a gift that cannot be bought. It comes to us from the labour of those who came before – the Lekwungen people, who preserved the bounty of the land through countless generations, and in the more recent past, the people who worked to protect our drinking watershed, create urban parks, and regulate pesticides. It behooves us all to follow their example and continue their work.

This article originally appeared in Island Parent Magazine on July 1, 2015 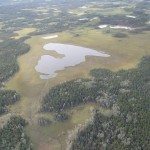 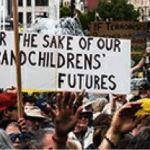