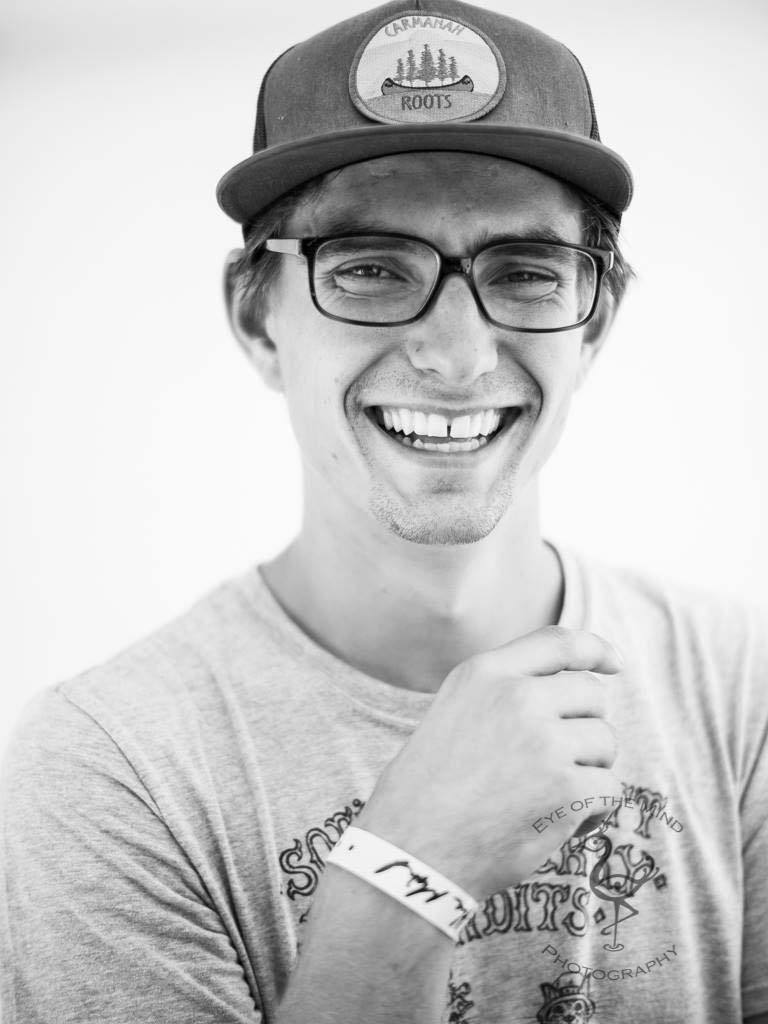 An interview with photographer Louis Bockner

Louis Bockner is a BC-based photographer with a big heart. Louis grew up in Argenta, BC and received professional training in New York City and Victoria. Twice now, he has traveled north to the Peace River Valley with our campaigner Galen Armstrong to photograph the people and places threatened by the looming Site C dam project.

Right now, the British Columbia Utilities Commission is holding public hearings on Site C in communities across BC (and we hope you’ll sign up to speak!) The scope of the BCUC review is limited to the costs and economic impacts of the dam, but we know there are many other reasons this dam should be stopped—reasons why people in the Peace have been fighting Site C so passionately for decades. With this in mind, we thought it would be a good time to catch up with Louis and hear more about his first-hand experiences in the Peace.

1)      What got you into photography in the first place?

I actually took photography in high school because I thought it would be an easy credit. It wasn’t, but I loved it and have stuck with it ever since.

2)      What brought you up to the Peace River Valley the first time? How did that trip come together? 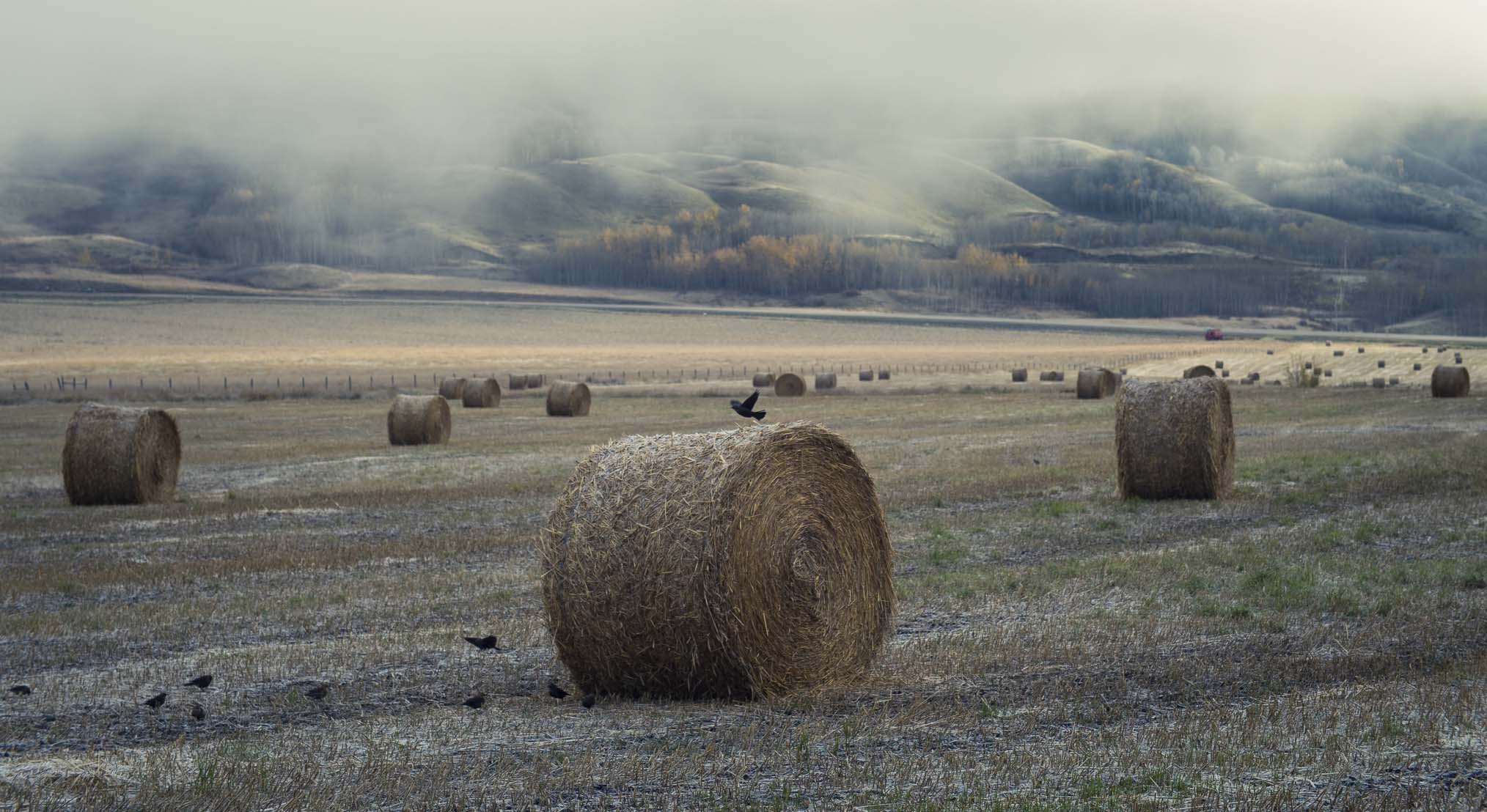 The first trip, in October of last year, came about because Galen Armstrong took over the Peace Valley Campaigner position and felt like he had better go visit and learn about the place he was going to be helping save. Galen and I grew up together and I’d been telling him that I wanted to start using my photography skills to highlight social and environmental issues so he asked if I’d like to come along. We took my Volkswagen Westfalia with brand new winter tires and chains, which ended up being vital because it was a full-on blizzard for much of the time we were up there.

The second time was based around the Paddle for the Peace event which happens in July. We’d talked about how amazing it would be to come back again when we were up the first time and the Paddle seemed like a perfect excuse. Galen also attended a full-day strategy meeting with the Stop Site C coalition so it was a work trip for him too. The Paddle was awesome, although when we told people we were going on a canoe river trip in Fort St. John that was an hour and a half long I think they thought we were a bit crazy. It really shows how passionate folks are about shutting this dam down considering how many people made it up there for the event from all over the country. 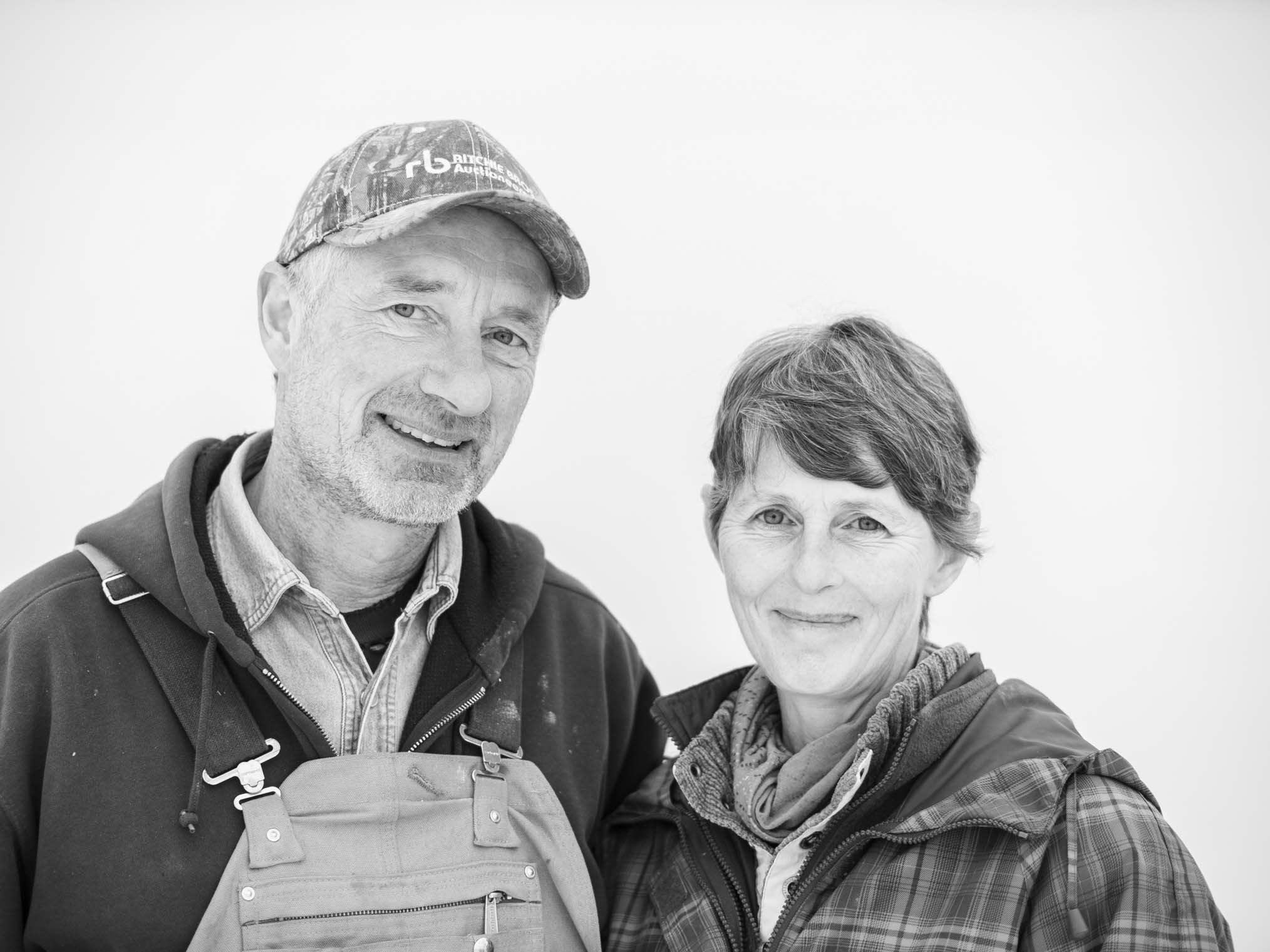 We found a lot of like-minded people all coming together to celebrate a beautiful river and valley that will hopefully be there for future generations. And we got to see it all in the summer which was absolutely gorgeous. It really is a magical place—aside from the mosquitos! [pauses] …We found a lot of mosquitos too [laughs]. We also got to reconnect with lots of folks we met the first time around, which was a treat for me. Galen talks to them often on conference calls but I hadn’t heard their voices or seen them since last October.

5)      You met a lot of people and photographed them, right? Can you tell me about them?

For me, as a photographer and photojournalist, that’s what it’s all about. I’m a people person and the first time around we mostly met locals who had been fighting this project for years. We’d go out in the morning and have interview after interview (Galen’s really good at scheduling things). We’d talk to people about how the project had impacted their lives and the places they call home. Then we’d go home at night to Ken and Arlene Boon’s farm with our brains bursting and our emotions rattled. 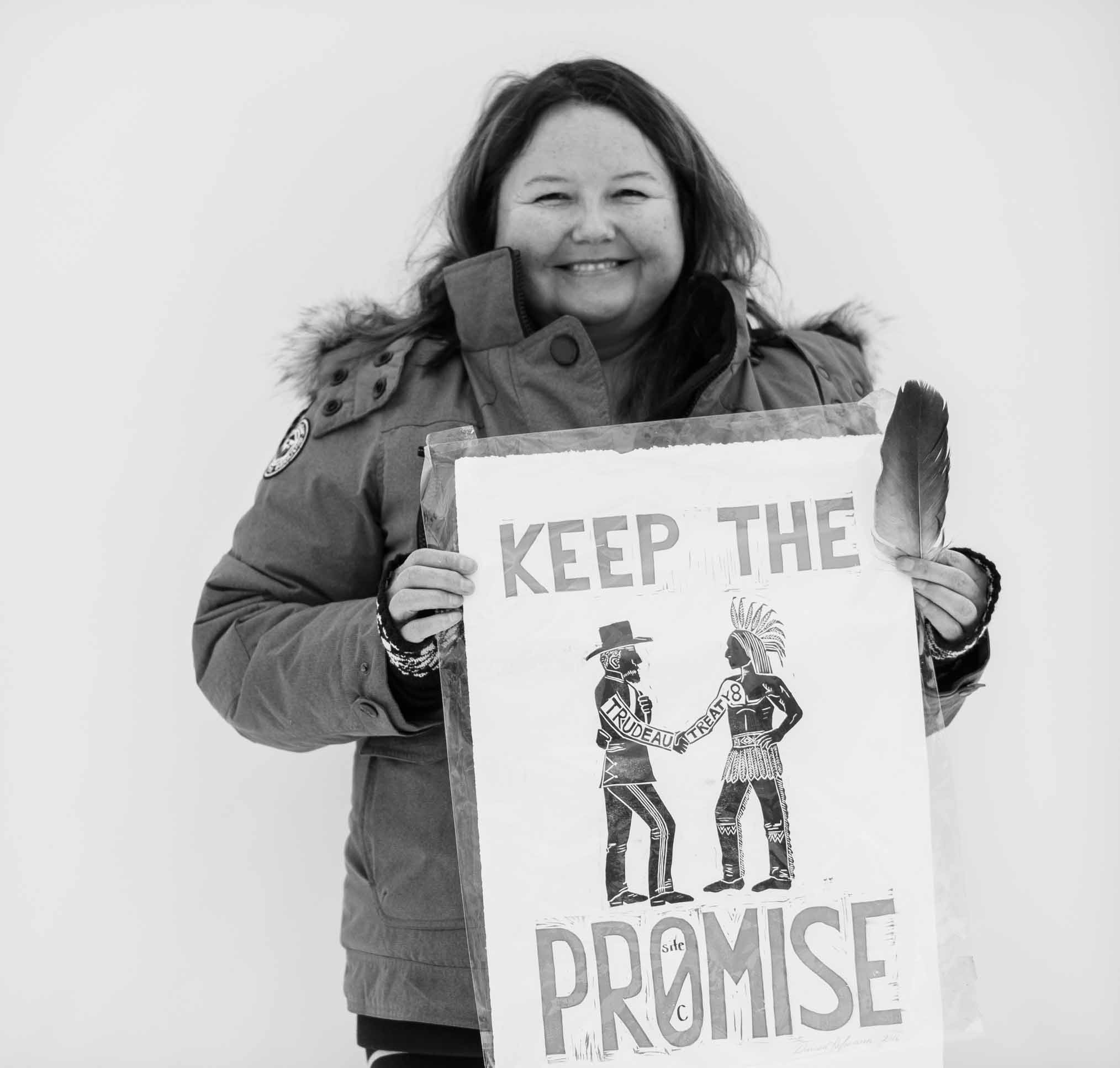 I didn’t know much about the project before I went up there and through these stories that were shared with us I began to understand a broader picture of an issue that’s been going on for decades. Since I’m not a numbers or science kind of guy, it’s these stories that had the greatest impact on me.

I think one of the aspects that really stood out for me was how diverse the opposition is to Site C. It’s brought together First Nations, farmers, airplane pilots, environmentalists, economists, agronomists, even pipeline workers. When a guy in a Fort St. John bar who has worked on pipelines his whole life and is pro-industry tells you Site C is the dumbest project he’s ever heard of, you really get a sense of how bad it is on all levels. In my opinion, the effect it’s going to have on First Nations and the environment should have been enough to shut it down in the first place. All the other stuff, the economics and lost farmland and unneeded energy production, just shows you the scope of this shit show.

6)      What do you hope will be conveyed to people when they see your pictures from the Peace?

I hope my pictures can bring people in somehow. I’m not good at learning through facts and figures. I need something, whether it’s a story or a painting or a photograph, to make an impression on me and open me up. I think art allows people to be moved intuitively which then hopefully brings them to a place where they want to learn more and read about an issue and get the facts. 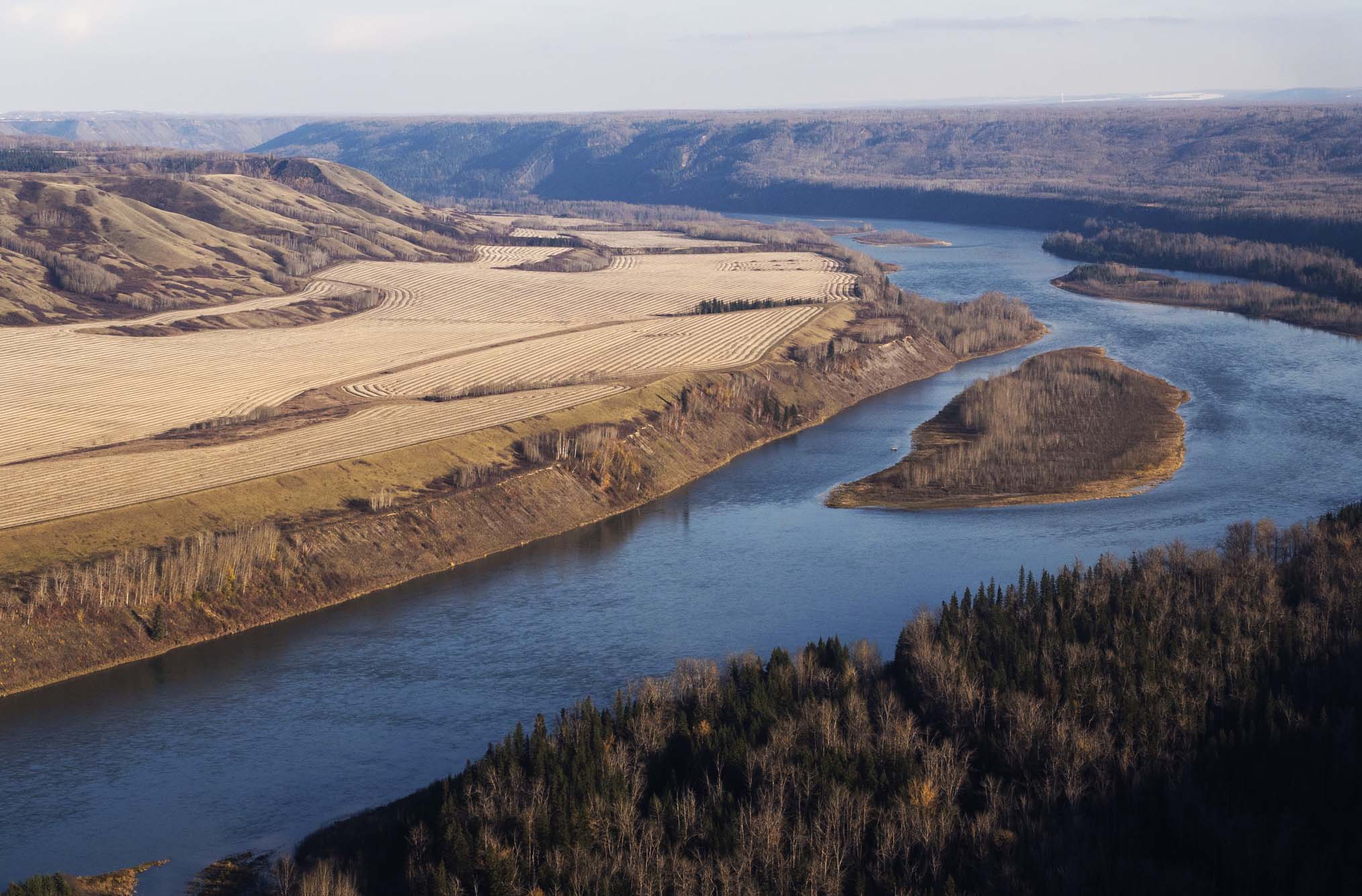 I hope my pictures can convey a fraction of the beauty I saw in the people and the landscape of BC’s North. I hope they can make people see that the Peace River Valley is home to thousands of incredible people who, in a lot of ways, have been under siege by industry and energy production. In southern BC, it’s easy not to think about where our energy comes from. But I encourage everyone to go there and meet people and see how incredible the place and the people are. Maybe my photos can encourage people to do that or to at least let the government know they want this project cancelled. Find a BCUC public inquiry event and let your voice be heard!

Thanks to Louis for speaking out on Site C and helping to shine a spotlight on BC’s beautiful Peace River Valley.

Sign up to speak at a BCUC hearing and have your say on stopping Site C. 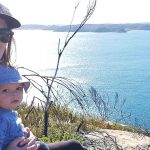