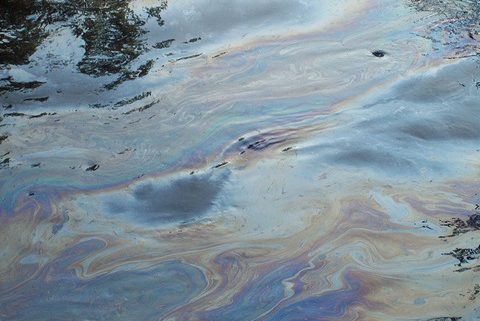 VICTORIA­­­—Six years after the disastrous spill of diluted bitumen into Michigan’s Kalamazoo River, environmental groups joined a survivor of the spill in urging British Columbians to protect their communities and reject the Kinder Morgan pipeline.

“You have a unique opportunity to protect your families, your communities, local economies and the natural environment from this kind of disaster. Believe me, you don’t want to live through what happened and is still happening in our communities,” said Michelle BarlondSmith, a former resident of Calhoun County, Michigan.

On July 26th 2010, BarlondSmith and other residents awoke to discover that a pipeline had ruptured, spilling between three and four million litres of diluted bitumen into their communities and the Kalamazoo River.

“Don’t let anyone tell you it can’t or won’t happen in your community if the Kinder Morgan pipeline gets built. Look at what happened to my community and what just happened with the spill into the Saskatchewan River. These spills just keep happening, and communities, people’s health and the natural world pay the price,” said BarlondSmith.

“The diluted bitumen still in the Kalamazoo River six years after the spill and the water shortages being felt today in Prince Albert are sobering reminders that accidents happen, pipelines spill and diluted bitumen is impossible to clean up,” said Caitlyn Vernon, Campaigns Director for Sierra Club BC. “We want to alert British Columbians to the public meetings the Government of Canada’s Ministerial Panel on the Kinder Morgan pipeline and tankers proposal is holding in a number of B.C. communities in the coming days.”

“We hope people will fill these meetings and defend their communities and the land and seascapes they love and depend on. It’s hard for people to get out to meetings in the middle of summer, but this issue is so important,” said Vernon. “A spill along Kinder Morgan’s proposed pipeline and tankers route is a question of when, not if. It would put the health of people and our communities at unnecessary risk.”

Public meetings have already been held in Kamloops and Chilliwack, where opposition to the Kinder Morgan pipeline has been strong. Meetings are also planned in Abbotsford (July 26), Langley (July 27 and 28), Burnaby (August 9-11), Vancouver (August 16-18), North Vancouver (August 19) and Victoria (August 22-23).

Susan Davidson from Pipe Up added, “I am very thankful that Michelle BarlondSmith continues to remind us how much damage a diluted bitumen spill can do to a community. Let’s reflect on this anniversary and act to keep our homes and families safe. Bring your concerns to the public meetings. The Canadian government needs to hear them. B.C. doesn’t want or need this pipeline.”