On March 1, BC Hydro was given an injunction authorizing removal of a First Nations cultural camp at the historic site of Rocky Mountain Fort near the proposed dam site. Now BC Hydro is in a rush to finish clear-cutting a large portion of the riverbank on the Peace River before the migratory songbirds come back in March and logging has to stop.

This is not yet actual dam construction, which still requires months and even years of preparatory works. But this kind of razed-earth landscape will become a reality for the whole of the Peace valley if Site C is allowed to proceed.

Migratory birds should be the least of BC Hydro’s worries. A couple of weeks ago, we learned the B.C. auditor general’s office is investigating whether the government’s decision to build Site C is “supported by sufficient information and analysis to demonstrate that it would meet government’s economic, social and environmental goals.”

Site C has also been brought before a key U.N. human rights body, and is the subject of a UNESCO inquiry into the downstream impacts on the Peace Athabasca Delta, a World Heritage Site. A UNESCO delegation will be visiting the Peace region in May-June 2016.

Yet the B.C. government is not listening. Premier Christy Clark told assembled mourners at former premier Bill Bennett’s funeral that she will do everything she can to rush Site C “past the point of no return” – despite the fact that there are a total of 5 legal challenges to Site C before the courts. Premier Clark’s tactic of flooding the valley first, and letting the courts worry about damages later, is disrespectful of the role of courts in Canadian society as well as First Nations’ treaty rights.

Now is the moment for Prime Minister Trudeau and the federal government to step in and stop this colonial-era violation of First Nations rights.

Site C, the biggest project in Canada, is proceeding on the strength of a 2014 federal cabinet decision that never even looked at how the project would infringe treaty rights. Although the Joint Review Panel found that Site C would have severe and permanent adverse effects on traditional uses of the land by First Nations, the Panel was explicitly barred from making any findings as to how this would affect treaty rights.

Energy projects that violate human rights are not clean or green. In this day and age, there are far less damaging and less costly methods that could be used to meet British Columbia’s energy needs – many of which would create more jobs than Site C.

Please take action now and stand in solidarity with West Moberly and Prophet River First Nations, and other people of Treaty 8. 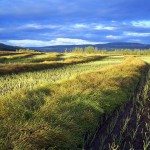 Say no to LNG on Lelu Island
Scroll to top
MENU