“It is irresponsible for the provincial and federal governments to continue to allow new fossil fuel projects to go ahead without strong, detailed climate plans and accountability mechanisms,” said senior forest and climate campaigner Jens Wieting. “We need a climate test for all major energy projects, a test that stops projects whose carbon footprint makes meeting targets impossible.

“We haven’t yet seen any evidence that the LNG Canada project can fit within a credible climate plan. The latest climate science demonstrates that far more ambitious targets are essential, both in B.C. and globally. Even the Paris carbon pollution reduction pledges are so weak they will result in 3°C of warming by 2100, according to the United Nations.”

The carbon footprint of LNG Canada’s Kitimat project cannot fit in any climate action plan that is in line with the central goal of the Paris Agreement—to limit warming to between 1.5 and 2°C. Scientists are expecting increasingly unmanageable climate impacts even in the 1.5 to 2°C range. Beyond 2°C, impacts will be catastrophic.

Credible estimates of emissions from LNG Canada by the Pembina Institute and the Canadian Centre for Policy Alternatives range from 8.6 to 12 million tonnes, more than the entire emissions of the country of Costa Rica.

“It is absurd that the climate plan being developed by the B.C. government is forced to accommodate LNG Canada,” said Wieting. “The responsible way to proceed would be to set targets the science tells us we need, then have LNG Canada prove it can fit within those targets.”

LNG Canada would consume the vast majority of B.C.’s remaining annual carbon pollution budget by 2050 (13 million tonnes), even under today’s weak reduction target. Abroad, the project would add another 68 million tonnes annually from burning gas exported from B.C., exceeding all emissions from within B.C. today (equivalent to the emissions of Greece).

The B.C. government is expected to release its revised climate action plan later this fall.

Premier Horgan has already acknowledged that if climate targets are to be met, every other sector of B.C.’s economy would have to significantly accelerate the reduction of their carbon emissions just to accommodate LNG Canada within B.C.’s current weak targets.

“We are looking at a collapse of the global economic system and of human civilization as a whole if warming pushes past 1.5 to 2°C,” said Wieting. “Recent wildfires, hurricanes, flooding and heatwaves will be seen as the good old days in comparison.” 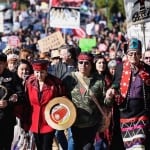 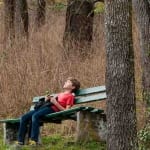 When Compassion and Passion Meet
Scroll to top
MENU