Sea otters are furry little marine mammals from the Mustelidae or weasel family. They have a robust body, with a rounded head and short neck. Their snout is blunt with a small triangular nose and whiskers and their tail is short and flattened to work like a paddle. Their arms are short with highly dexterous paws and their legs are oriented backwards and flattened into flippers for swimming. 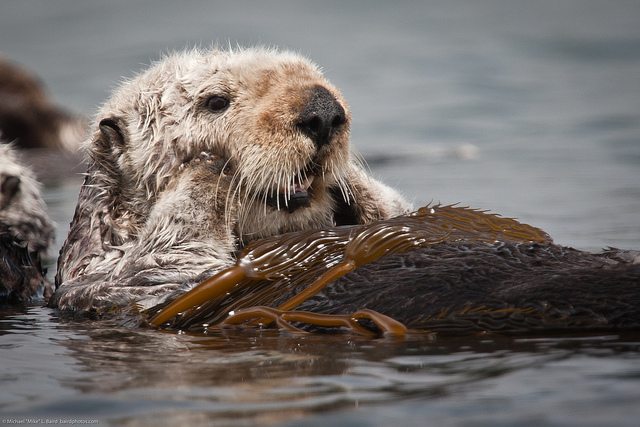 Sea otters are arguably the cutest animal on the planet! Photo by Mike Baird

They are around 1.2 metres long and weigh 20-30 kilograms with the males being slightly larger than females.

These animals have the densest fur out of any animal on the planet with around 125,000 hairs per square centimetre. That is over two and a half times greater than a house cat! They do not have blubber so they depend on their dense fur for insolation. They spend about 10 per cent of their day cleaning and grooming their hair to maintain this insolation. They work little air bubbles between their fur so that the cold ocean water never touches their skin. 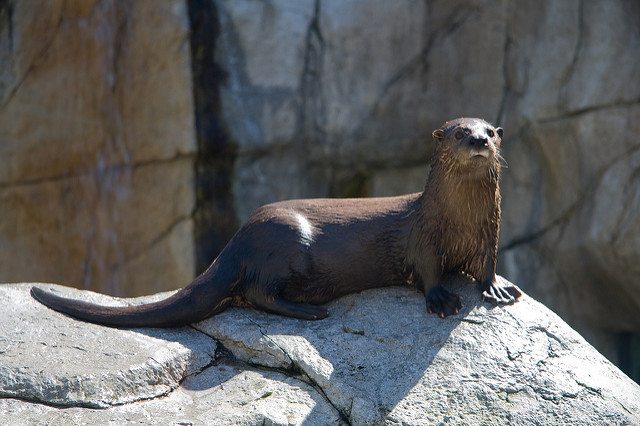 Sea otters and river otters are different in behaviour and appearance.
Photo by Jason Pratt

These animals are often confused with the Northern River Otters; however, these species are actually quite different in appearance and behaviour. River Otters are much smaller and more slender with a long skinny tail that comes to a point. They are often seen on docks and land, whereas sea otters very rarely come out of the water.

Sea otters are often found lying on their back over rocky reefs in the kelp beds of the outer coast waters, whereas, river otters generally swim on their bellies and stay close to land.

Sea otters are often found in groups called rafts, commonly separated into males and females with pups. They can have pups at any time of year, however there is a spike in birth rate in the spring. Otters will wrap themselves in the kelp that is attached to the ocean floor so they do not float away, and will also hold hands with their friends and family to keep their group together. Cute right?!

Historically, sea otters were found along the nearshore waters of the North Pacific Rim from Japan wrapping through Canada and all the way down to Mexico. They were hunted sustainably for millennia by the First Nations for their thick furs. However, in the 18th and 19th centuries, commercial hunting commenced and they were hunted almost to extinction.  They were actually hunted out completely, otherwise known as extirpated, between southern Alaska and northern California. These animals were finally protected from hunting in 1911.

Historically distributed along the entire Pacific Rim. Image by Friends of the Sea Otter 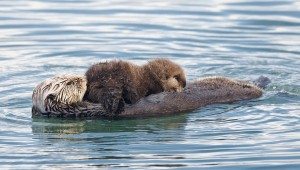 Mothers carry the babies on their belly.
Photo by Mike Baird 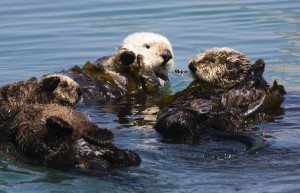 They hang out in groups called rafts, wrapped up in the kelp to stay in place.
Photo by Mike Baird

Efforts have been made to reintroduce these fur balls to these areas and individuals from the Alaskan populations were introduced on several occasions back into Canadian waters in the 1960s and 70s.  These populations have been bouncing back; however, they are still very vulnerable. 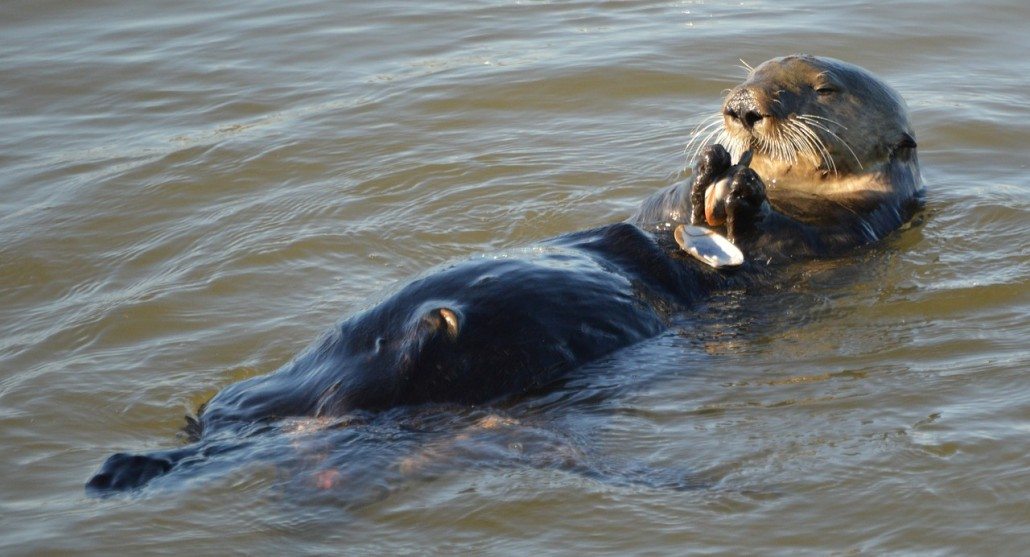 They eat a protein rich diet of bottom dwelling invertebrates including clam, crabs and urchins.

Sea otters eat a lot! They eat the equivalent of approximately 25 per cent of their body weight every day with a diet full of bottom dwelling invertebrates, including crabs, clams and urchins.  They are one of the few animals that actually use tools to eat and will store their favorite rock in a little pocket under their arm that they will use to break open their food.  Sometimes for hard shells they even bring up a bigger rock on which to lay it in order to smash open the shell. 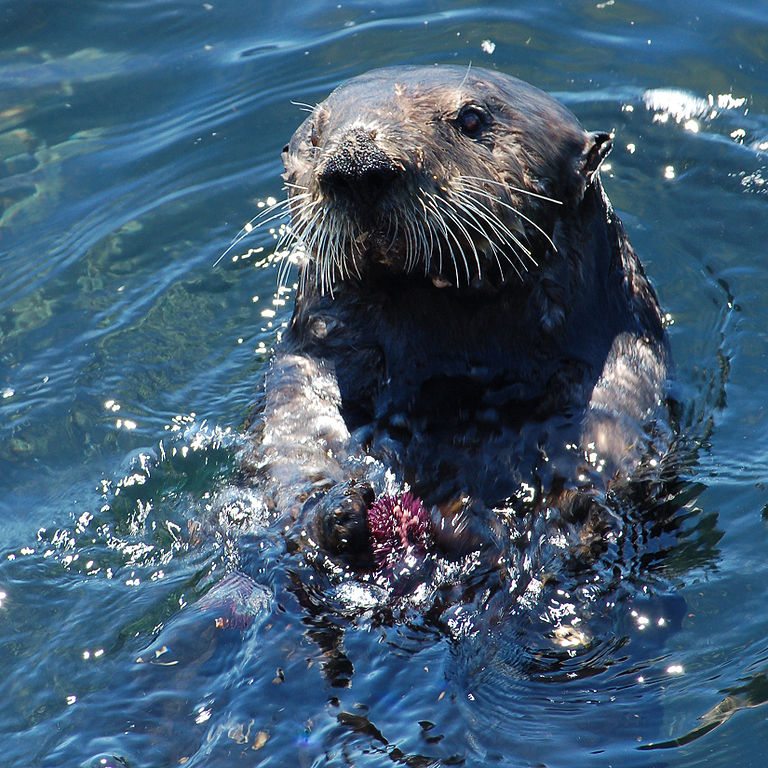 Sea Otters can have a strong influence on the function and structure of nearshore waters making them a keystone species.
Photo by Matt Knoth

These creatures are considered a keystone species because they can have a very strong influence on the function and structure of nearshore waters.  When the otters were extirpated, the sea urchins took over and decimated the kelp forest. Sea urchins love to eat kelp and chew it off at the bottom of the stock killing it completely. Once the otters were reintroduced, they started to control the urchin populations allowing the kelp forests to grow back which has had a highly beneficial effect on the biodiversity and productivity of rocky reef ecosystem, recreating habitat for many different species.

About Heather: Working as a naturalist (on commercial wildlife tour vessels) along the West Coast of Vancouver Island, Heather has been fortunate enough to have many encounters with some of the cutest animals on the planet. Heather has also worked as the Director of Education for the Pacific Rim Whale Festival 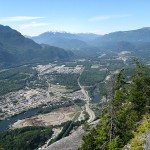 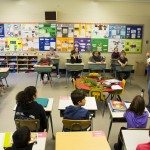