September 1 was the date Kinder Morgan had planned to begin construction of its unacceptable pipeline and tankers project. The wall of opposition is building, both in the courts and on the land. The BC government has made it clear that Kinder Morgan has not met its obligations, as set out in the NEB‘s conditions for approval, to consult with First Nations. Therefore, as far as the government is concerned, Kinder Morgan has no authority to begin work.

The BC government has also been granted intervener status in the 19 bundled court cases opposing Kinder Morgan currently before the federal Court of Appeal. These are the same types of cases, challenging the process by which approval was granted by the federal cabinet, that scuttled Enbridge’s pipe dream.

By the time you read this, the Province will have filed its memorandum with the court. And we will also know if Kinder Morgan has defied the law by proceeding with work on the project.

At the same time, First Nations and their allies are moving forward with other forms of resistance. Some forms of Indigenous resistance are direct action and civil disobedience. Underlying these actions is a fundamental clash of legal systems: the assertion of Indigenous law and title on the one hand, and settler law on the other. It‘s an important debate, which in the settler legal system has taken the form of a slowly evolving clarification of what Indigenous “consent” to economic development means in the context of title and rights.

Sierra Club BC‘s Mark Worthing has been working in solidarity with Indigenous and provides this report from the front lines. Some of the activities he describes conflict with what Sierra Club BC can engage in and advocate for under the terms of our charitable status. We are providing Mark‘s report to help people understand the why and how of Indigenous resistance to Kinder Morgan.

If Kinder Morgan unlawfully begins construction on its proposed Trans Mountain pipeline and tankers project it will be met with unified Indigenous resistance such as this province has never before seen. It will be knowingly throwing sparks at a powder keg of resistance.

At the forefront of this movement are indigenous peoples standing up to a corporate bully on land, in the water, and in the court room.

This October, join Sierra Club BC for 9 days of solidarity with First Nations fighting the Trans Mountain proposal in court.

On October 2nd, the leadership of the Tsleil-Waututh, Squamish, Coldwater, and Stk‘emlúpsemc te Secwépemc Nations will begin a monumental court case against Kinder Morgan. This is the moment for which we’ve been Pulling Together.

I encourage you to attend the kick off rally for the court case, organize a fundraiser for Pull Together, show your support on social media, attend the Lummi solidarity totem pole journey in Vancouver, educate yourself about indigenous title and rights, and read the recommendations of the Truth and Reconciliation Commission

If you dance, then dance and if you sing then sing!  Let’s stick together and remember that we’re for wild salmon, climate stability, Indigenous rights and title, and a prosperous future for our children’s children.

Outside the courtroom, Indigenous folks on the frontlines of resistance are fighting to prevent the Trans Mountain pipeline from proceeding. Members of the Secwepemc nation near Kamloops are building tiny homes on the pipeline pathway following the historic Secwepemc Declaration against Kinder Morgan.

The Kwantlen say they are ready to “do what it takes to stop [the pipeline]” and are gearing up to build their healing lodge on the pipeline route in Langley.

At the Westridge terminal in Burnaby, where the National Energy Board has said the Trans Mountain pipeline project has met conditions required for the expansion of its Marine Terminal, the Tsleil-Waututh Nation continues to hold its ground.

And the Union of BC Indian Chiefs remain steadfast in their opposition. As Grand Chief Stewart Philip said, “with our voice, in the courts or the streets, on the water or the land. Whatever it takes, we will stop the Kinder Morgan pipeline expansion.”

For the 9 days and beyond, we are all in this together. Now is the time to stand in solidarity. 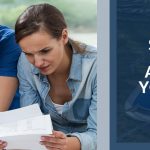 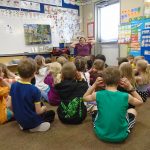 Welcome back to a new school year!
Scroll to top
MENU