The Peace River is the foundation of a major watershed in northeastern BC. It lies within the territories of Treaty 8 First Nations. The 39 Nations who are signatories to Treaty 8 are part of the Sicannie (Sikanni), Slavey, Beaver (Dunne-za), Cree, Saulteau, Dene and Mechif linguistic groups. 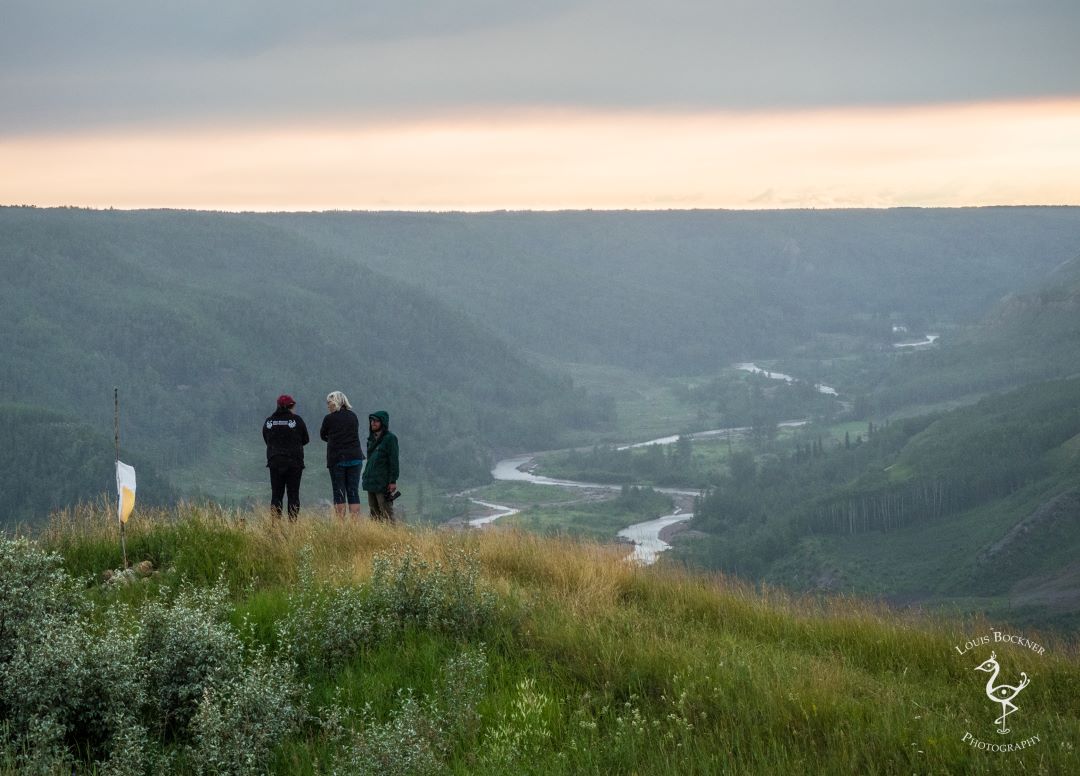 The Peace has historically been a boundary zone between territories and a place for trade, negotiation and celebration. According to Dunne-zaa oral history, the river is named for the settling of a conflict between the Cree and the Dunne-zaa. They negotiated a peace treaty, agreeing that the Dunne-zaa would live north of the river, and the Cree would live to the south.

Indigenous peoples have managed and stewarded this region for millennia through hunting, fishing, gathering berries and medicines, and many other cultural practices. The Saulteau and West Moberly First Nations are now working to bring back the caribou, who are threatened by habitat loss due to extensive industrial development including oil and gas, mining, logging and dam building.

The cumulative impacts of such high industrial disturbance in the northeast make it difficult for Indigenous Nations to exercise their rights and engage in longstanding cultural practices. The Blueberry River First Nation is taking the BC government to court for ignoring these impacts. 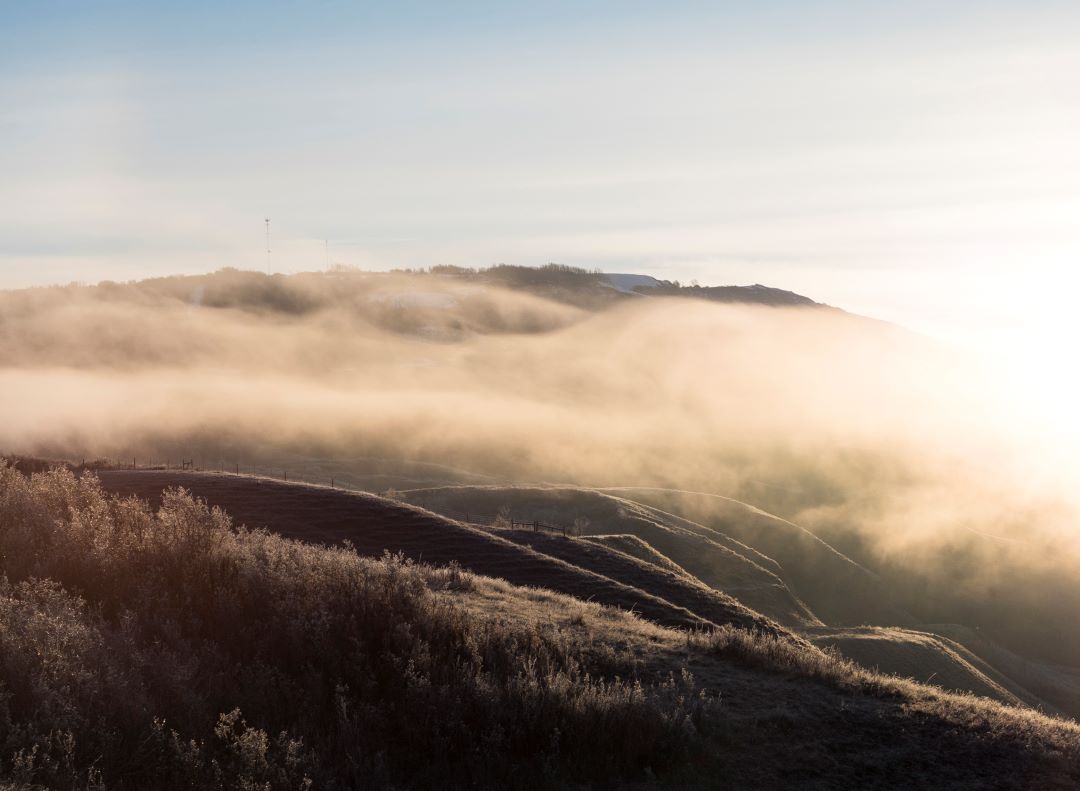 Now, the Peace River Valley is threatened by the Site C dam—the largest of many industrial projects in northeastern BC. Site C would flood more than one hundred kilometres of the Peace River and its tributaries. The dam would cut off a key migration route for wildlife, with severe impacts on wetlands, migratory birds and sensitive species such as wolverines, caribou and grizzly bears. It would flood some of BC’s highest quality farmland, an area capable of providing fruits and vegetables for a million people every year.

The Peace Valley is one of the few remaining places where Treaty 8 Nations can hunt, fish and engage in cultural activities to maintain their identity and connection to the land. These rights, guaranteed by Treaty 8, cannot be exercised when hunting grounds are under water, moose populations are decimated, and fish are contaminated with toxic methylmercury from decaying vegetation. Site C would obliterate hundreds of archaeological sites, including an Indigenous grave site and ceremonial sites.

Treaty 8 Nations, Peace Valley farmers and landowners, and groups including Sierra Club BC and the Peace Valley Environment Association (PVEA) have been fighting Site C since the 1980s. Leo Rutledge, a board member with Sierra Club BC, campaigned strongly against the proposal and founded the PVEA. The project was proposed and then shelved twice before reappearing again in 2010 to become a major BC government priority.

For many years, Sierra Club BC worked in coalition to campaign strongly against the dam, drawing media attention, producing videos, fundraising to support Indigenous Nations in court challenges, and doing speaking tours with members of the Nations including Julian Napoleon and Yvonne Tupper as well as Peace Valley farmers Ken and Arlene Boon. 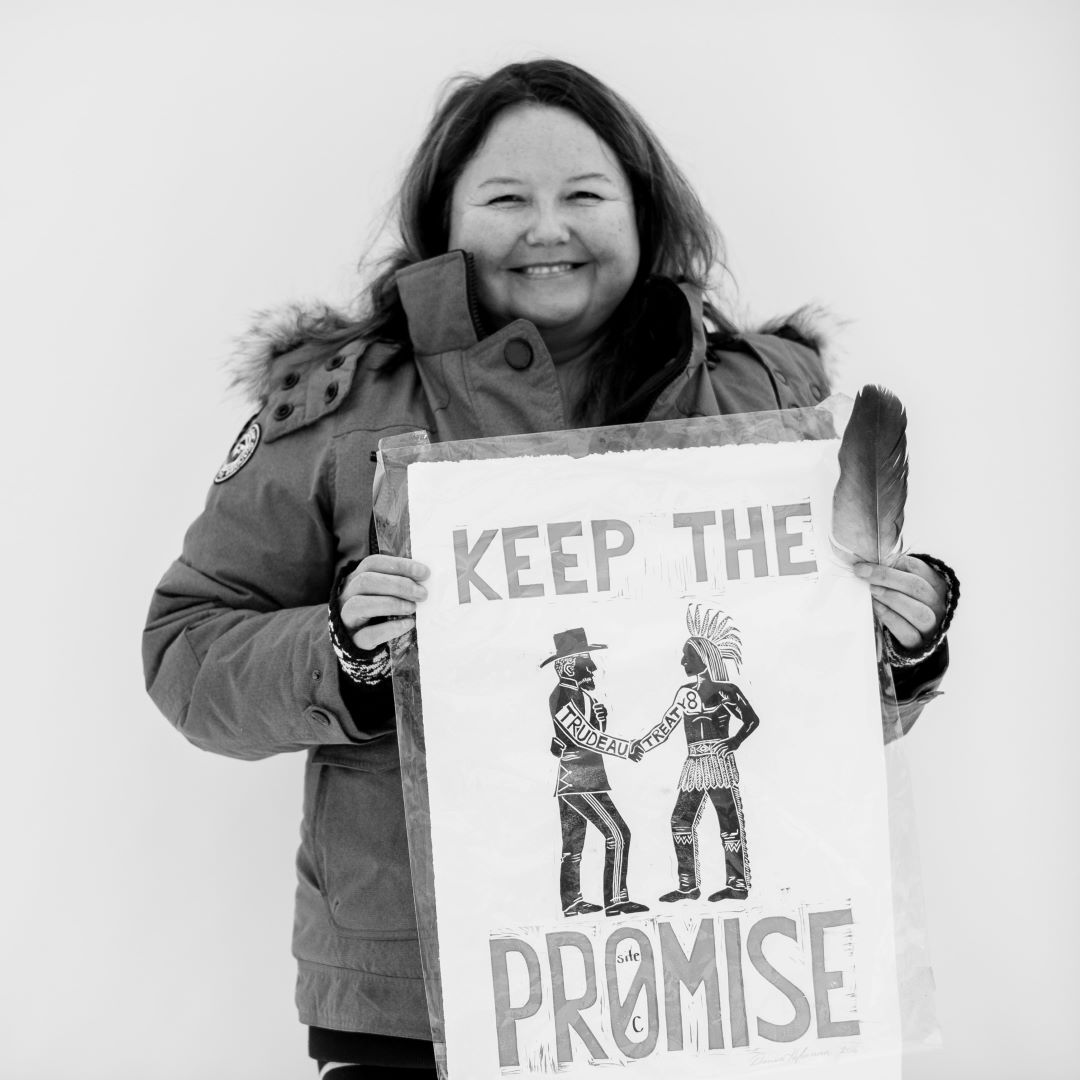 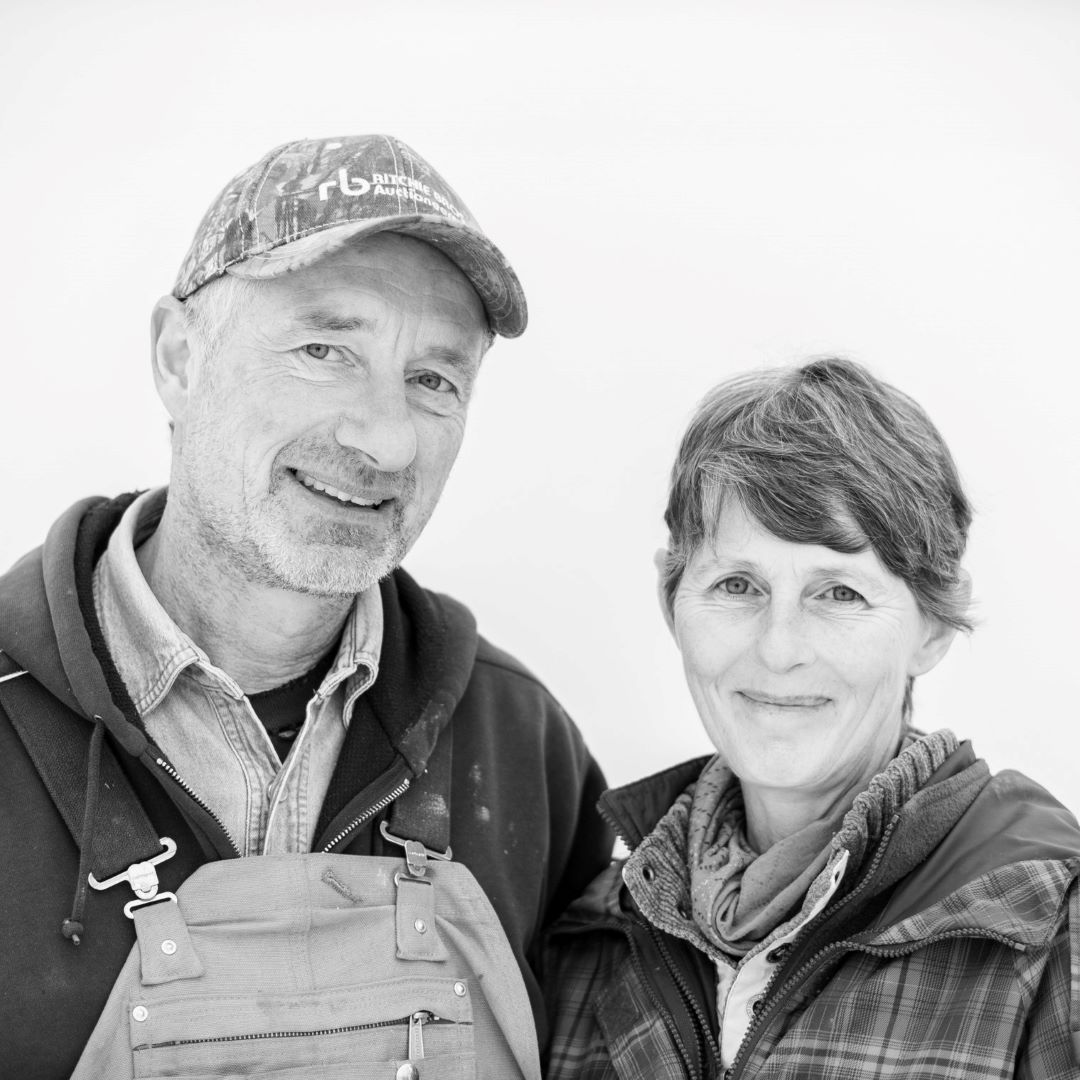 When the provincial government decided to push forward with Site C, the West Moberly and Prophet River First Nations launched a lawsuit asserting Site C infringes their Treaty 8 rights. However, dam construction continues while the Nations wait for the case to be heard.

Downstream, Treaty 8 Nations are also working hard to protect their lands, waters and way of life from Site C’s impacts on the Peace River. The river flows into the Peace-Athabasca Delta in Wood Buffalo National Park, Canada’s largest national park and a UNESCO World Heritage Site. People living along the river and downstream saw huge impacts to water levels when the W.A.C. Bennett Dam was built.

Sierra Club BC worked with the Mikisew Cree to shine an international spotlight on how Site C could further damage the world’s largest inland freshwater delta, home to fish, moose, bison and endangered migratory birds. This spurred a UNESCO mission which resulted in a report from the international body strongly criticizing Canada for failing to protect the park and requiring an action plan for its protection.

Sierra Club BC continues to stand with Treaty 8 Nations against the horrendous impacts of industrial development in the Peace River Valley and downstream in the Peace-Athabasca Delta, and to hold our governments accountable to protect these treasured landscapes. 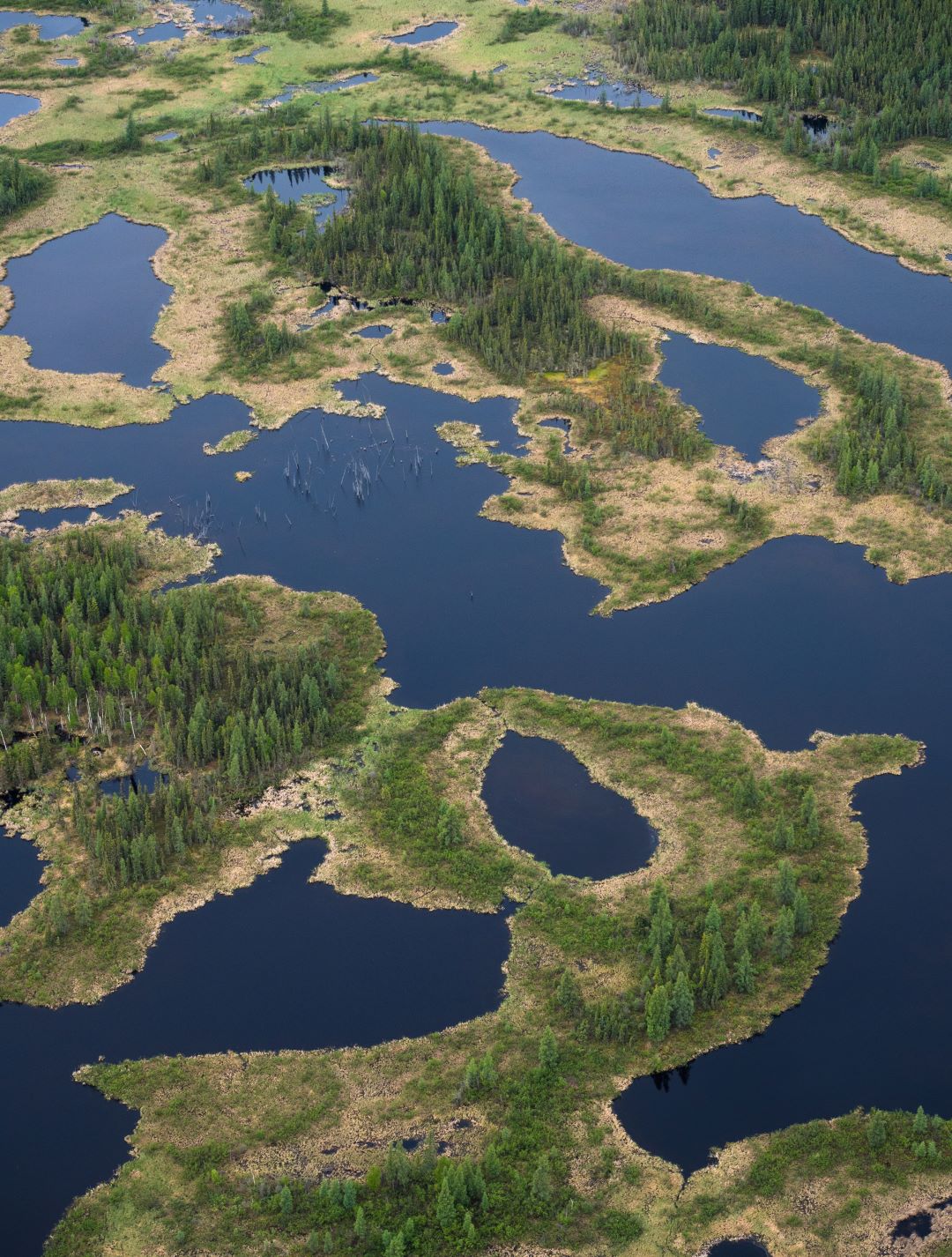 Sit back and relax in Clayoquot Sound with Tofino Wilderness Resort and Sierra... 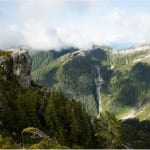 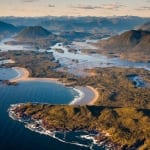