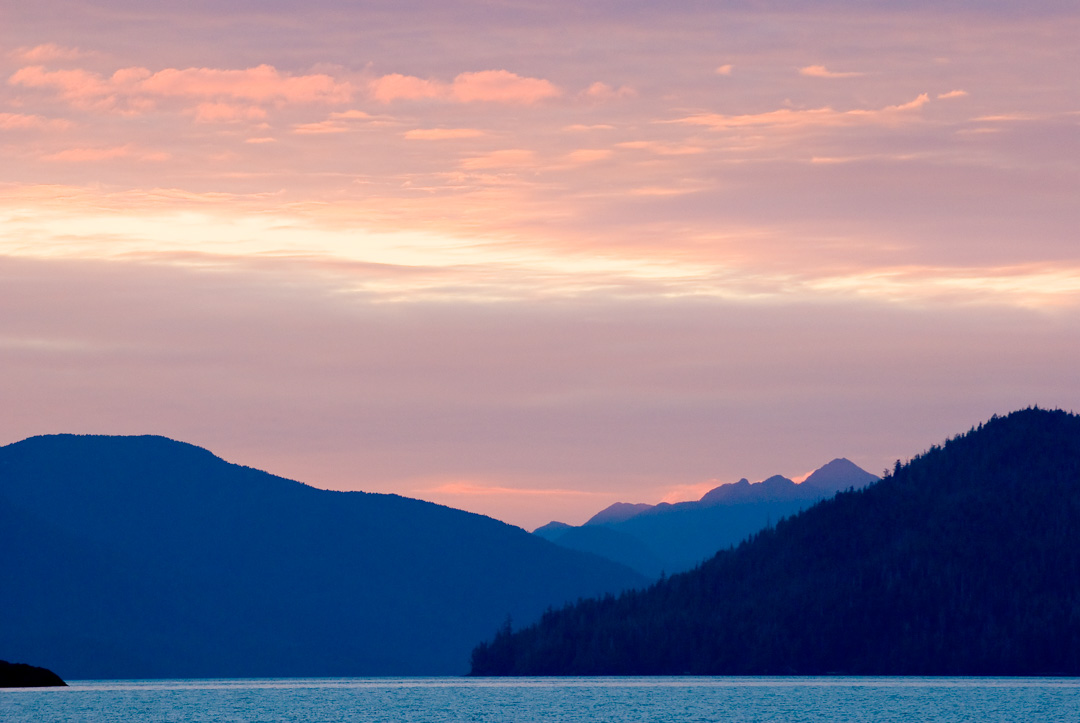 For thousands of years, the Haida have stewarded the land and sea, rich with abundant life and culture. Beginning in the early 1980s, the Haida Watchmen program has taken action to protect ecosystems and village sites in Gwaii Haanas, an important means for community members to maintain their culture and be connected with the land.

In the early 1970s, the Haida launched a campaign to protect the southern archipelago of Haida Gwaii from reckless industrial old-growth logging.

The government of BC continued to push for logging of the area, known to it at the time as South Moresby. When it approved a new set of controversial cutblocks, the Haida drew a line in the sand at Tllga Kun Gwaay.yaay or Athlii Gwaii, known to some as Lyell Island. 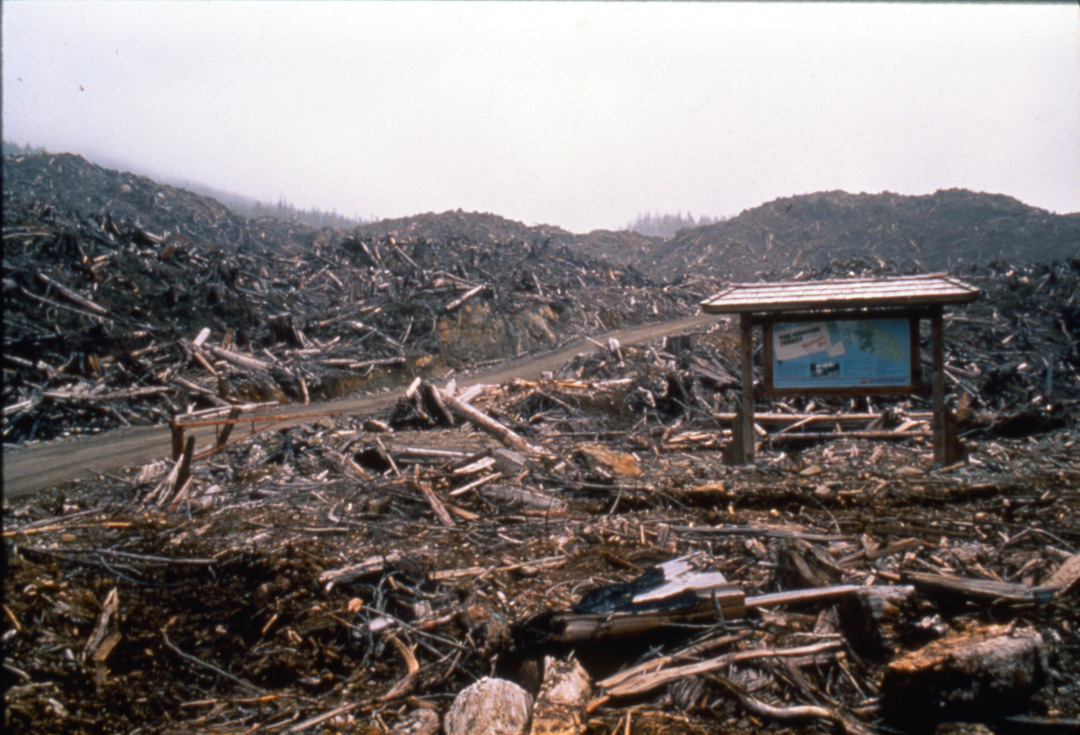 A logging site on Haida Gwaii from Sierra Club BC archives.

The Haida led this standoff to stop old-growth logging on the islands and assert title to the lands and waters. Guided by Haida law and responsibility, they designated the area a Haida Heritage Site. RCMP moved in, and images of Haida elders in their regalia being arrested on a logging road for protecting their land won global attention. Seventy-two Haida people were arrested.

This action was a pivotal turning point that catalyzed much of the Haida-led land and water protection initiatives that have happened since. It led to the creation of Gwaii Haanas National Park Reserve and Haida Heritage Site as well as the groundbreaking Gwaii Haanas Agreement between the Haida and Canada. It also sparked a cultural and governance resurgence of the Haida as the rightful government on the islands. The story of Gwaii Haanas has inspired other struggles around the world.

Over the next five years, the Gwaii Trust and the Athlii Gwaii Legacy Trust were developed to enhance environmentally sustainable social and economic benefits to Haida Gwaii, including investing in the transition to clean energy. 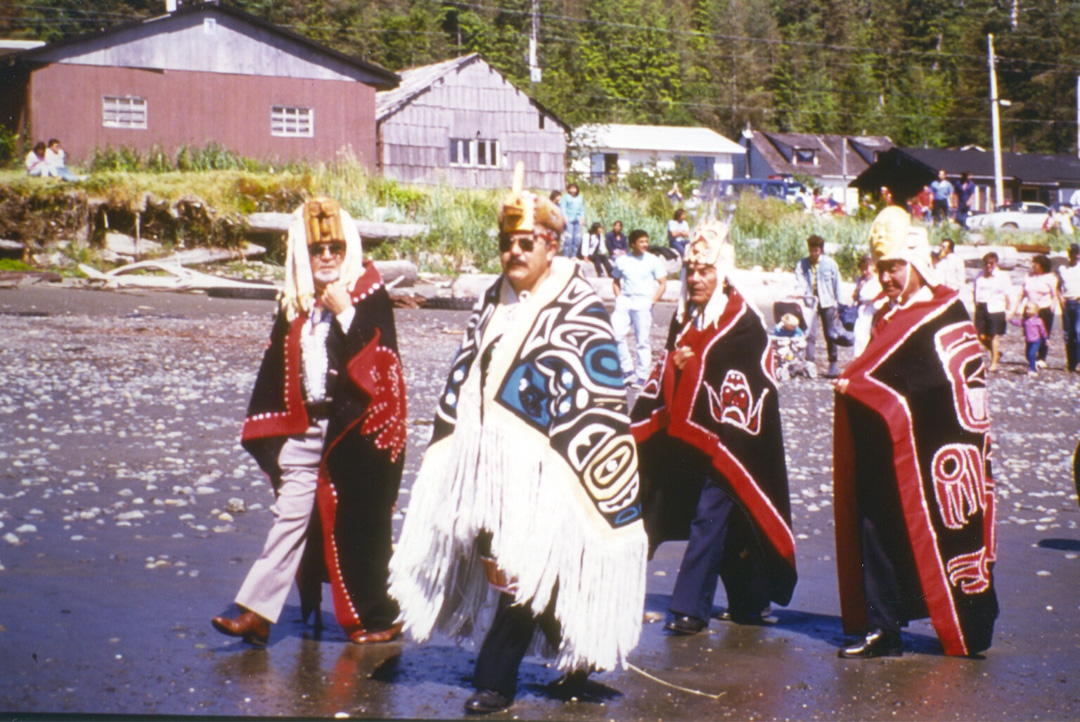 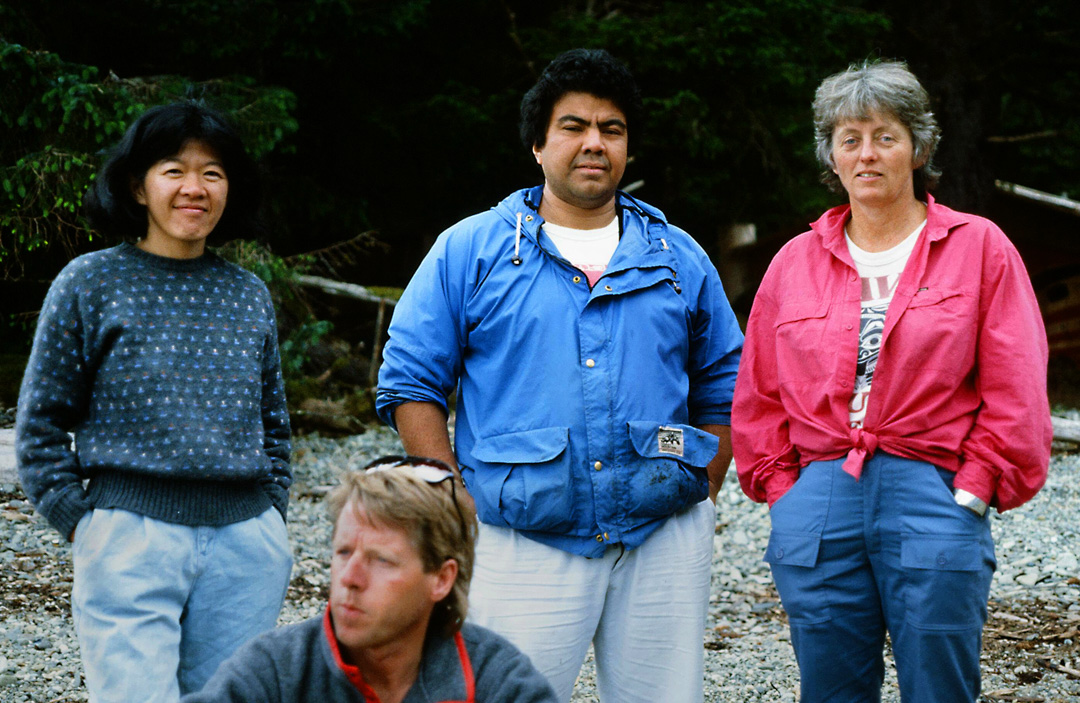 Sierra Club BC was one of more than 150 organizations who donated money to support the Haida campaign and lobbied the government in the 1980s. As a policy advisor in the federal government, Elizabeth May played a key role in helping find a resolution to the conflict before leaving to become Executive Director of Sierra Club Canada. Vicky Husband, later a longtime Sierra Club BC leader, was also involved, traveling with Indigenous leaders to give presentations to communities beyond Haida Gwaii on the need to protect Gwaii Haanas.

The Haida have published a book called Athlii Gwaii, which tells the story of the peaceful resistance in their own words. It is edited by Jisgang Nika Collison. Sierra Club BC’s podcast episode “From the Ground Up: Haida Gwaii” features stories and extended interviews with Jisgang and other Haida leaders about how their resurgence of governance and culture is part of a current push toward 100% renewable power across their communities, guided by Haida law and knowledge.

Sierra Club BC’s Caitlyn Vernon also wrote reflection on stories shared at a Haida feast celebrating the 25th anniversary of the blockade at Athlii Gwaii in 2010. 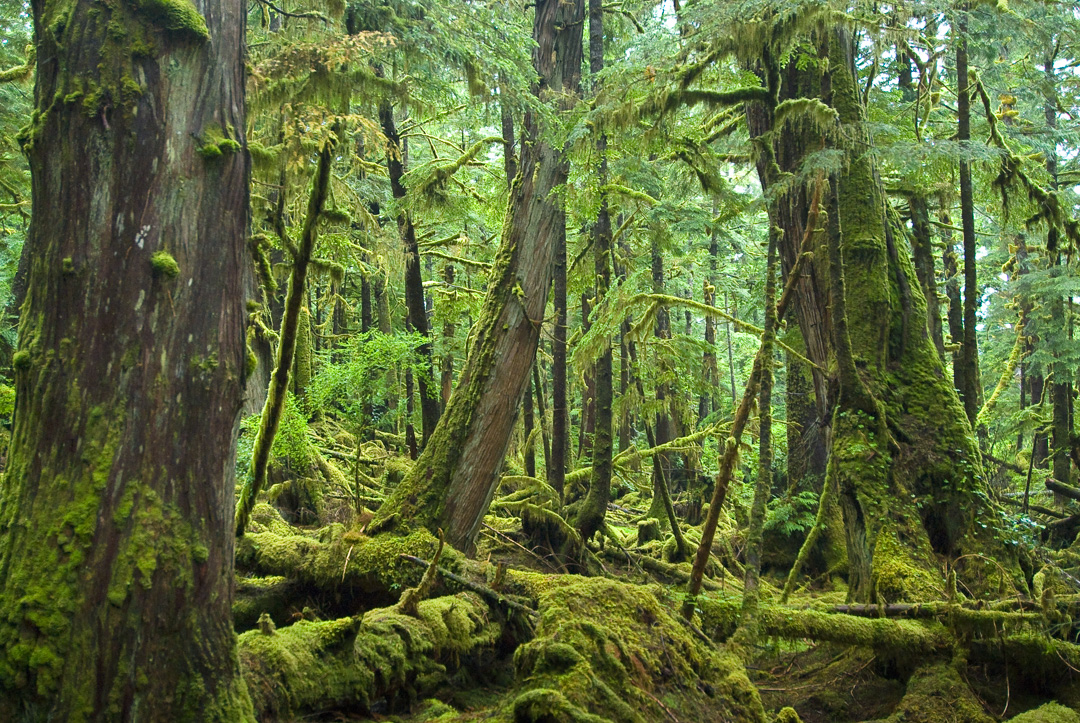 University of Victoria Environmental Law Centre report calls for a minimum of... 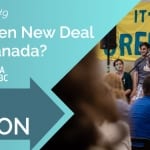