What’s the deal with the Site C dam?

Here’s the situation in the simplest terms: the government wants to put a huge, unnecessary dam on a major river, and it’s a really, really bad idea.

Here’s a little more detail: the BC government and BC Hydro (BC’s publicly-owned electricity utility) have started construction on an earthfill dam called Site C in Northeastern BC, near Fort St. John. Flooding of the valley is slated to start in 2021. With less than $2 billion spent so far, it’s much smarter to stop the project now, rather than letting costs balloon to between $9 and $17 billion.

Here are five short videos that help explain how the BC government got us into this mess, and why we need to stop this dam in its tracks:

Cutting Through the Spin on the Site C Dam

Last week DeSmog Canada published a video about the Site C dam that — after generating nearly 120,000 views in 36 hours — was suddenly removed by Facebook due to a complaint filed by a B.C. government contractor. Fear not, we've done a new cut. This is the video they didn't want you to see. Read more about the complaint: http://bit.ly/2fdejyn

Your BC Hydro bill is going up so Kinder Morgan and Petronas' PNW fracked gas plant can have cheap power. TELL YOUR CANDIDATES: end the handouts, STOP the Site C dam: actionsprout.io/62C809

The Site C dam is an “economic disaster” that could end up costing B.C. more than $15 billion, according to former Premier Mike Harcourt in this new video interview. Rather than wasting money on power we don't need, Harcourt says B.C. should cut its losses and get building infrastructure we DO need like schools, transit lines and bridges. What do you think?Read more on DeSmog Canada: http://bit.ly/SiteCDisasterDon’t miss out: http://bit.ly/DeSmogNewsLearn more about the Site C dam: https://www.desmog.ca/site-c-dam-bc

TAKE ACTION: SITE C THREATENS A WORLD HERITAGE SITE. Site C not only threatens the Peace River Valley, but it also threatens Canada’s largest World Heritage Site: Wood Buffalo National Park and the Peace Athabasca Delta. UNESCO is urging the Canadian Government to do an environmental and social impact assessment of the Site C project. Please take action by telling Prime Minister Trudeau to halt the dam construction and do a proper assessment: 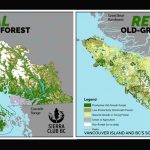 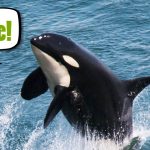