On Tuesday Jan. 12, B.C. will be making its submission to the National Energy Board (NEB) on the proposed Kinder Morgan Trans Mountain project and we expect her to reject the pipeline and tankers project.

She’s done it before: in May 2013, Christy Clark rejected the proposed Enbridge Northern Gateway pipeline. This helped pave the way for Prime Minister Trudeau to kill the project once and for all with a tanker ban on the north coast.

Premier Clark has five conditions that must be met before the Province would approve the project. Enbridge does not and can not meet those conditions, and neither can the proposed Kinder Morgan pipeline.

The NEB process for this project has been widely criticized as flawed and biased in favour of the proponent. Among other failings, the NEB review process has curtailed public participation, denied participants adequate and timely funding, allowed Kinder Morgan to submit incomplete information and ignore information requests, disallowed the consideration of upstream and downstream impacts, disallowed the consideration of climate and failed to ensure Kinder Morgan’s environmental and risk assessment conformed to best practices. You can read our detailed report on this utterly flawed process here.

Condition 2: World-leading marine oil spill response, prevention and recovery systems for B.C.’s coastline and ocean to manage and mitigate the risks and costs of heavy oil pipelines and shipments.

A recent study commissioned by the B.C. government showed that effective spill response is impossible much of the time on the B.C. coast.  Even under the best and most accessible of conditions, 10 to 15 per cent clean-up is the industry standard, leaving the rest of the oil behind in the marine ecosystem, poisoning coastal and marine life and the communities that depend upon it. No amount of safety precautions can justify the extreme risk of increasing tanker traffic on B.C.’s coast. The state of land spill response is little better.

Condition 4: Legal requirements regarding Aboriginal and treaty rights are addressed, and First Nations are provided with the opportunities, information and resources necessary to participate in and benefit from a heavy-oil project.

Along the proposed pipeline path, many First Nations peoples have vocally opposed this proposal, including twelve nations who signed an open letter challenging the NEB process. The Tsleil-Waututh Nation went to court in October 2015 to challenge the NEB consultation process, calling it unconstitutional and highlighting rights, title and consultation concerns.

Condition 5: British Columbia receives a fair share of the fiscal and economic benefits of a proposed heavy oil project that reflects the level, degree and nature of the risk borne by the province, the environment and taxpayers.

An oil spill could cost $1.23 billion, that does not include costs associated with health, property, non-tourism businesses, spill response, clean-up, and litigation, nor does it look beyond the lower mainland.

Regardless of the financial cost of oil spill clean-up efforts, it is British Columbians who will live with the consequences. There is no social license for this project. First Nations, Municipalities, unions, scientists, business owners and members of the general public have all stood up against this project.

And there is one more condition, not mentioned in the Premier’s five, that must be considered, especially after the Paris climate talks committed Canada to keeping global warming to 1.5ºC: that is climate.

As part of the environmental assessment process, every energy project must be put to a climate test. It’s a simple question: does it make the climate worse?  If it does, we don’t build it. Simple as that. 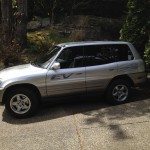