VICTORIA— Sierra Club BC today released the following statement from climate and energy campaigner Larissa Stendie in response to the news that the B.C. government formally opposes the Kinder Morgan pipeline and tankers proposal:

“Today the British Columbia government put themselves on the right side of history by formally rejecting Kinder Morgan’s Trans Mountain expansion proposal.

“We congratulate the B.C. government for recognizing the serious threats to our economy, our environment and our climate posed by Kinder Morgan’s proposal. The Province’s five conditions cannot and will not ever be met.

“What we need is fewer pipelines and more solar panels, less fracking and more wind turbines. Premier Clark’s government can lead by shifting towards a thriving post-carbon economy that provides more well-paying jobs and helps keep the planet within 1.5⁰C of warming.”

“It will be up to Prime Minister Trudeau and his cabinet to decide the fate of this proposal. They must reject it, or be the ones who force it on an unwilling province.” 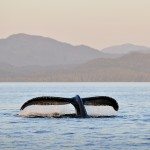 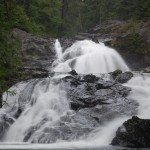